The Southern Gas Corridor project is well-positioned to be delivering gas to Southern Europe ahead of any potential rival, Anna Belova, Senior Oil and Gas Analyst at GlobalData, told Azernews.

“The implementation of the Southern Gas Corridor project is intended to coincide with the Stage 2 development of the giant Shah Deniz gas field. Both projects are proceeding on schedule with first gas from the later expected later in the year. We anticipate that the timeline of gas deliveries to Europe will fall within the projected target of 2020,” she said, commenting on the progress of the project.

The importance of the Southern Gas Corridor project to the Azeri upstream sector extends beyond the Shah Deniz field, according to the expert.

“The access to European markets provided by the corridor gives confidence to sanctioning additional gas developments in the Caspian Sea, such as the deepwater Absheron field and reservoirs associated with the Azeri-Chirag-Guneshli group of fields,” she noted.

These projects represent the future supply base for the Europe-bound pipeline, according to Belova.

“They are expected to offset declines from the two stages of Shah Deniz. The Caspian Sea has yielded significant number of discovery success to Azerbaijan, Kazakhstan, and Russia in recent history. Further exploration activities, especially in the deepwater section of the sea, must be incentivized to secure future reserves for Azerbaijan,” she emphasized.

From the European perspective, the Southern Gas Corridor project (and its associated upstream developments) represents a much needed diversification of gas supplies, according to the expert.

“Russia will remain the main gas supplier to Europe over the foreseeable future with Gazprom ensuring that future upstream and midstream developments align to deliver stable supplies of gas to the continent,” she noted.

However, the company’s Turkish Stream, which theoretically targets the same markets as the Southern Gas Corridor, is still an early-stage project with an ever-increasing budget, Belova stressed.

“The Southern Gas Corridor project is well positioned to be delivering gas to Southern Europe ahead of any potential rival,” the expert added.

The Southern Gas Corridor, worth $41.5 billion, is considered as one of the priority energy projects for the EU, which strives for diversification of gas supplies. The project envisages the transportation of gas from the Caspian region to the European countries through Georgia and Turkey.

At the initial stage, the gas to be produced as part of the Stage 2 of development of Azerbaijan’s Shah Deniz field is considered as the main source for the Southern Gas Corridor projects. Other sources can also connect to this project at a later stage.

As part of the Stage 2 of the Shah Deniz development, the gas will be exported to Turkey and European markets by expanding the South Caucasus Pipeline and the construction of Trans Anatolian Natural Gas Pipeline and Trans Adriatic Pipeline.

The first gas within the Shah Deniz-2 project will be delivered to Turkey in 2018, and to Europe in 2019. 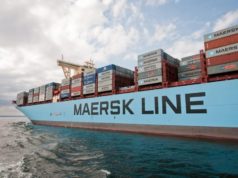