The summit of the Caspian states can be held in Astana in early 2018, foreign ministers of Russia, Azerbaijan, Iran, Kazakhstan and Turkmenistan may meet in December in Moscow to discuss preparations for the summit.

“Work in this direction is underway, now we are trying to complete certain details of this document, maybe it will be possible to gather the foreign ministers in Moscow sometime in December in order to organize the final summit closer to spring. This time it should take place in Kazakhstan, most likely in Astana,” he said.

The leaders of the three countries met for the first time in 2002 in Ashgabat. The second Caspian summit was held in Tehran in 2007, the third in Baku in 2010, the fourth in Astrakhan in 2014. 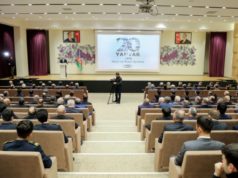