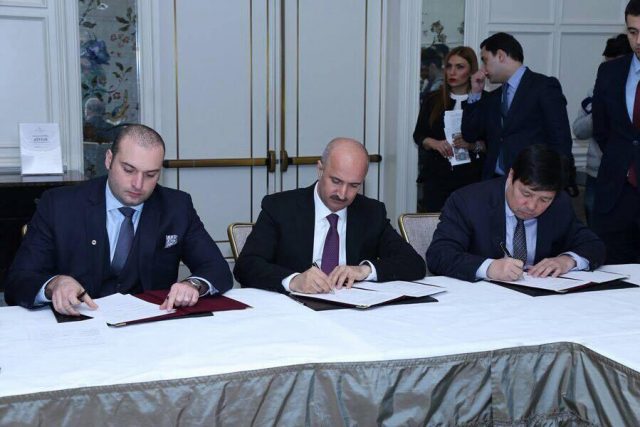 Representatives of the Azerbaijan Caspian Shipping Company CJSC, Azerbaijan Railways CJSC, Baku International Sea Commercial Port JSC, Kazakhstan Railways JSC, which are the founders of the International Association “Trans-Caspian International Transport Route”, as well as representatives Aktau Port, Georgian Railways OJSC and Batumi Port attended the event. During the meeting, the current state of the Trans-Caspian International Transport Route, the directions and development prospects of the corridor, as well as the steps necessary for the full utilization of the port’s potential were discussed. Following the meeting, a protocol was signed.

It should be recalled, that the Trans-Caspian International Transport Route was established in February 2014 with the participation of the relevant agencies of Azerbaijan, Kazakhstan and Georgia involved in cargo transportation, including CJSC “Azerbaijan Caspian Shipping Company”. Subsequently, Ukraine, Romania and Poland joined TMTM.

Currently, this route extends from the China–Kazakhstan border to the European countries, crossing the territory of Kazakhstan, the Caspian Sea, Azerbaijan and Georgia. A single fare rate has been set up along the entire route, and the “Single-window” principle has been applied, which allow to successfully transport freight trains along this route within the framework of this project.

In October 2016, after the assignment of the legal status, the Trans-Caspian International Transport Route was presented in the format of the International Association.

It should be noted that for the dispatch of containers from China to Europe by traditional route through the ocean it was required 45-60 days, while this term on the TMTM route passing through Azerbaijan is reduced approximately by 3 times.