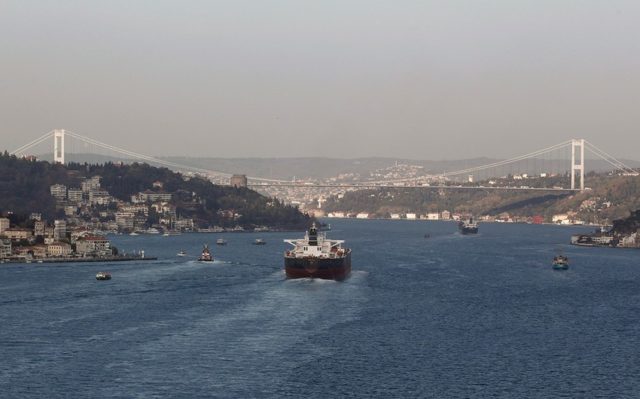 A traffic jam of oil tankers has built up in Turkish waters after western powers launched a “price cap” targeting Russian oil and as authorities in Ankara demanded insurers promise that any vessels navigating its straits were fully covered, Report informs referring to Financial Times.

Under EU sanctions that came into effect on December 5, tankers loading Russian crude oil are barred from accessing western maritime insurance unless the oil is sold under the G7’s price cap of $60 a barrel.

The cap was introduced to keep oil flowing while still crimping Moscow’s revenues.

Four oil industry executives said Turkiye had demanded new proof of insurance in light of the price cap. A Turkish transport ministry spokesman did not immediately respond to a request for comment.

Russia has vowed to continue exporting its oil even if it is cut off from western insurance markets. Russia has said it will not deal with any country abiding by the cap.

Around 19 crude oil tankers were waiting to cross Turkish waters on December 5, according to ship brokers, oil traders and satellite tracking services. The vessels had dropped anchor near the Bosphorus and Dardanelles, the two straits linking Russia’s Black Sea ports to international markets. The first tanker arrived on November 29 and has been waiting for six days, according to a ship broker who asked not to be named.

The tankers waiting in and around Turkish waters are the first sign that the price cap could disrupt global oil flows beyond Russia’s exports.

Much of the oil on the ships off Turkiye is of Kazakhstan origin, according to shipbrokers and TankerTrackers.com, which monitor global oil shipments. Kazakhstan oil arrives in Russian ports via pipeline and is not targeted by western sanctions.