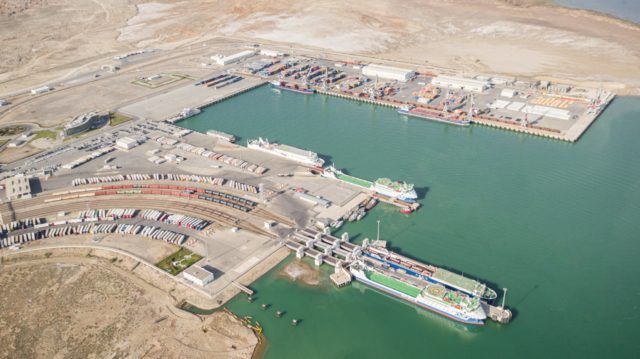 It should be noted that wagon loads are transported through the Ferry terminal of the Port of Baku, which has an annual loading capacity of 6.2 million tons. In this terminal, wagons can be transferred from one vehicle (locomotive) to another (ship) without the need for unloading equipment. This process is carried out on two ferry bridges, each with a drawbridge directly connected to the railway lines. In this terminal, along with passengers, trucks, passenger cars, etc. In addition to vehicles, intermodal transport units can also be loaded.