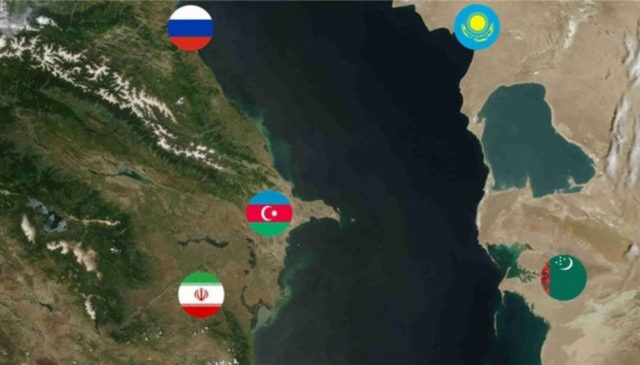 Today, the Sixth summit of the heads of the Caspian states will be held in the capital of Turkmenistan.

This event will be the first after the meeting of the heads of state in 2018 in Aktau, where they signed a historic document – the Convention on the Legal Status of the Caspian Sea.

The document is open-ended and will enter into force after ratification by all five signatories. To date, four parties have ratified the Convention: Turkmenistan (December 2018), Kazakhstan and Azerbaijan (February 2019), Russia (October 2019).

In April last year, Russian Foreign Minister Sergei Lavrov said that Russia expects Iran to ratify the Convention as soon as possible, which will allow the document to enter into force and “strengthen the foundation for cooperation in the Caspian Sea.”

Lavrov recently told reporters that during the Ashgabat summit, the leaders of the five countries would reaffirm the significance of the convention. On Monday, Yury Ushakov, aide to the President of the Russian Federation, said the same. “We expect that the talks in Ashgabat will lead to the fact that the strategic nature of multilateral cooperation in the Caspian Sea will be confirmed, and most importantly, the commitment to the principles of interaction, which were recorded in the Convention on the Legal Status of the Caspian Sea, will be confirmed,” he said.

During Soviet times, the Caspian was actually an inland water body of the Soviet Union – only 13.8% belonged to Iran. After the collapse of the USSR, the number of Caspian states increased to five – Russia, Iran, Kazakhstan, Azerbaijan and Turkmenistan – and it became necessary to adopt a new agreement on the legal status of the reservoir. At the same time, the Caspian Sea is an inland water body that does not have a natural outlet to the World Ocean, which means that it is not subject to international conventions on the law of the sea.

According to the convention adopted on August 12, 2018 in Aktau, each party establishes territorial waters not exceeding 15 nautical miles in width. Adjacent to them is a fishing zone another 10 miles wide. The states will have the exclusive right to regulate, authorize and conduct in their territorial waters, in their fishing zone, marine scientific research related to aquatic biological resources and to the exploration and exploitation of bottom and subsoil resources.

The parties will be able to lay submarine cables and pipelines along the bottom of the Caspian Sea, as well as underwater main pipelines, provided that their projects comply with international environmental requirements and standards. This will not require the approval of the entire “five”, but only an agreement between the countries through whose sector the cable or pipe will pass.

In addition, the armed forces of third countries will not be able to be present in the Caspian Sea. Vessels should sail only under the flags of the Caspian states.

The Sixth Summit was scheduled for 2021, but due to the coronavirus pandemic, the date was postponed.