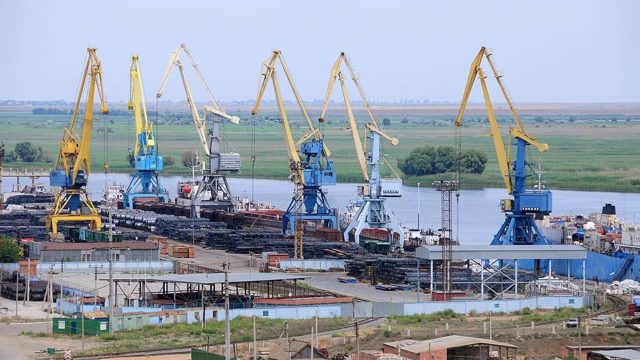 The authorities of the Astrakhan region, as part of the development of foreign trade cooperation with foreign countries, launched a new service in the seaport of Astrakhan for the delivery of goods from Russia to Southeast Asia, Governor of the region Igor Babushkin said on Saturday in his Telegram channel.

“So, what we have been striving for so long has happened. <…> The first shipment of five containers of equipment to Bangladesh via Iran took place in Astrakhan. The process organically fits into the project we are implementing to develop the North-South corridor and will have a serious effect in the development of international cooperation. Under the sanctions, traditional logistics have become difficult. But the geopolitical location of our region opens up broad prospects for the Astrakhan water transport hub, which we will definitely use to the maximum,” he wrote.

The port infrastructure of the region allows to ship more than 16 million tons of cargo per year, but it is loaded by less than 20%, said Babushkin. The government of the Astrakhan region is actively establishing foreign trade cooperation with foreign countries, aimed at increasing the volume of cargo transportation through the region. An agreement was reached on the transportation of large consignments of Belarusian goods through the Astrakhan ports, and Iranian logistics companies have reduced tariffs for cargo moving along the North-South ITC.

“In addition, now the region is ready to accept additional volumes of cargo from the Black Sea direction and ensure their transportation along the North-South International Transport Corridor. I am sure that Astrakhan companies will ensure the necessary time and safety, and this will allow increasing the volume of cargo transportation through the region,” the governor specified.

According to the head of the region, also thanks to the support of Russian President Vladimir Putin, the issue of reconstruction of the Volga-Caspian sea shipping channel is being resolved. By 2024, FSUE “Rosmorport” plans to complete measures to increase the clearance of vessels in the canal up to 4.5 m, which will allow to fully unlock the existing potential of the port infrastructure of the Astrakhan region, he added.

source: Astrakhan port launched a service for the delivery of goods from Russia to Southeast Asia — Logistics — TKS.RU