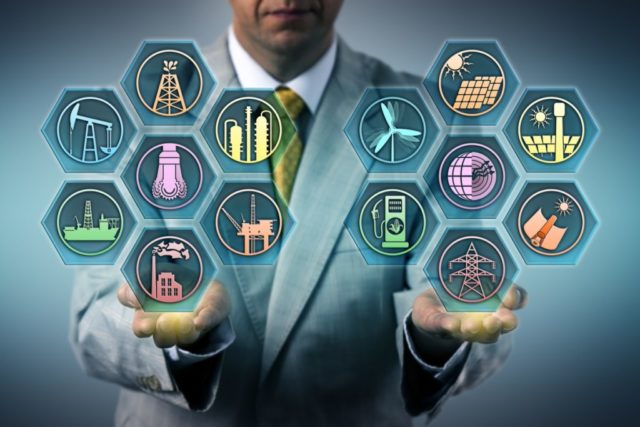 The energy transition team from intelligence provider Westwood Global Energy has listed seven of the main trends that oil and gas firms should watch in 2022.

Arguably one of the main things to come out of the 2021 United Nations Climate Change Conference, or COP26, was an agreement on the need to return to the negotiating table this year. For national leaders, there is pressure from peers not to come away from COP27 with vague promises and watered-down targets.

While the outcome of any COP is hard to determine in advance, methane emissions emerged as a soft target last year and are likely to receive further focus this year. Coal’s days are also numbered, after which attention is likely to move to the decarbonization and future role of gas.

The EU Taxonomy discussions now taking place illustrate how challenging it may be to get gas to be seen as a transition fuel. And then, of course, there will be new nationally determined contributions towards net zero.

What will emerge on this front is anyone’s guess, although research suggests China could be among the countries bringing carbon neutrality dates forward.

2.Geopolitics will continue to threaten the energy transition

COP26’s loftier ambitions were unsurprisingly compromised by partisan interests and the pursuit of local, national, and regional agendas will no doubt continue to have an impact on the energy transition in 2022.

More widely, ongoing tensions between China and the U.S. do not bode well for industries such as renewable energy, which are highly dependent on Chinese goods.

In Europe, meanwhile, Russia’s saber-rattling over Ukraine will hopefully not lead to outright conflict but could easily result in European sanctions affecting energy markets. The Nord Stream 2 gas pipeline has already been singled out as a strategic asset amid escalating tensions.

Who pays — and how much — for the energy transition? In 2009, 23 rich countries, including the United States, Japan, and Germany, promised to pay developing nations $100 billion a year in climate change mitigation funding.

More than a dozen years later, the developing nations are still waiting. It remains unclear if the money that was pledged will be delivered. However, climate-related donor finance is on an upward trend, increasing from $52.4 billion a year in 2013 to $79.6 billion in 2019.

Such international funding bans are a low-risk, high-reward move for headline-hungry leaders. While their true impact may be hard to gauge, they will undoubtedly make it harder to finance oil and gas projects.

4.Corporate net-zero targets will need to be more detailed

‘Net-zero by 2050’ is so 2021. This year, there is increasing pressure on companies to provide intermediate targets, say for 2025 and 2030, and be more specific about what ‘net-zero’ really means.

The aim is to sort greenwashers from real transitioners, an objective that also implies greater scrutiny of carbon offsets and other emissions trading tools. Emissions trading came under review at COP26 when negotiators restructured Article 6 of the Paris Agreement on climate change.

The revisions aimed to tighten the guidelines for emissions trading. While slammed by some for not going far enough, the changes are expected to support growth in emissions trading. And further refinements could follow this year.

The shock exit of Shell from the UK’s Cambo project highlighted the delicate balance between achieving desired returns and meeting increasingly stringent environmental standards. The climate checkpoint concept currently under consultation will further raise the importance of the oil and gas sector meeting the UK’s climate objective to reduce emissions to net-zero by 2050.

ExxonMobil’s 2021 decision to pause a final investment decision on a $30 billion LNG project in Mozambique until this year also highlighted the complexities associated with projects in emerging markets. The company’s Cabo Delgado plans were initially put on hold because of security concerns.

But local insurgencies are not the only threat facing the LNG project. Amid growing calls for emissions reduction, ExxonMobil has promised it will add carbon capture and storage to the installation — and to afford it, the company needs to bring down the total cost.

Going forward, it is unclear to what extent projects such as Cabo Delgado will need to include CCS as standard offset carbon with so-called green barrels of oil. Meanwhile, it is increasingly likely that massive LNG projects such as the Browse processing plant in Western Australia will be abandoned for fear of creating stranded assets.

The same goes for investments in sour gas, oil sands, and the like, where growing costs for reducing emissions could significantly dent the viability of projects.

6.Low-carbon technology will become a key asset for oil and gas

CCS, clean hydrogen, and floating offshore wind are all low-carbon technologies that are on the cusp of mass commercialization and where the oil and gas sector could achieve leadership and massive scale. Companies in the industry have already been positioning themselves in these nascent technology niches.

ExxonMobil last month announced a memorandum of understanding with SGN and Green Investment Group to explore the development of a CCS and hydrogen cluster in Southampton, UK. BP announced the first engineering contracts for the Northern Endurance Partnership carbon capture project in Teesside, Northeast England. In 2022 we can expect to see further moves to capture market share and grow capabilities.

This process could help determine which technology niches offer the highest returns and are the best fit for oil and gas companies, although the relative weighting of investments in low-carbon technology is likely to be driven mostly by corporate and regional market characteristics.

While many sources believe most commodity price increases seen in 2021 will subside this year, potentially leading to flat or falling oil prices, industrial metals could still see pricing volatility. Meanwhile, global supply chain problems could last two years more, particularly if coronavirus variants such as Omicron cause new lockdowns. These issues will affect all infrastructure projects.

But one major impact will be on wind and solar plants, where key commodity and freight costs represent around 15 percent of capital expenditure. The solar industry has an added complication in the form of polysilicon shortages. The situation is leading to projects being postponed or abandoned.

This could have two implications for oil and gas. The first is that a drag on renewables buildouts could somewhat prolong demand for fossil fuels, although this effect is likely to be minimal.

The second is that oil and gas players pushing or planning to push into wind or solar in 2022 may find the price of entry is higher than expected, and the timeframes for projects are longer.