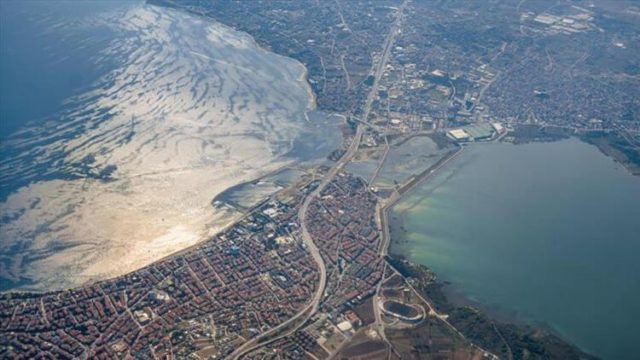 Turkey needs to build Canal Istanbul as an alternative seaway as the Bosphorus Strait’s capacity will not be able to handle the increasing vessel traffic in years to come, Transport and Infrastructure Minister Adil Karaismailoglu has said, Trend reports citing Hurriyet Daily News.

Presently, more than 40,000 vessels are passing through the Bosphorus Strait, but this number is expected to increase to 70,000 in the coming years, Karaismailoglu told a group of journalists yesterday.

“That many vessels cannot use the strait. Building Canal Istanbul is a must in order to find a solution to those problems,” the minister said, adding that works on the construction of the new seaway are ongoing.

He added that the biggest priority is to build Canal Istanbul in a way that it won’t place extra burden on the central government budget.

“We are also working on the project’s financing issues. We are conducting work on a financing model and have made some progress. Meanwhile, talks with the world’s largest infrastructure companies are currently underway,” Karaismailoglu said without providing further details.

Under the Canal Istanbul project, an artificial seaway between the Black Sea and the Marmara Sea will be opened. The 45-kilometer canal to be developed on the west of the city center on the European side of the city is proposed to have a capacity of 160 vessel transits a day.

Initially, the cost of the Canal Istanbul project was put at some $15 billion, Karaismailoglu said, adding that this figure has not changed and that the best bidder will win the tender when it is launched.