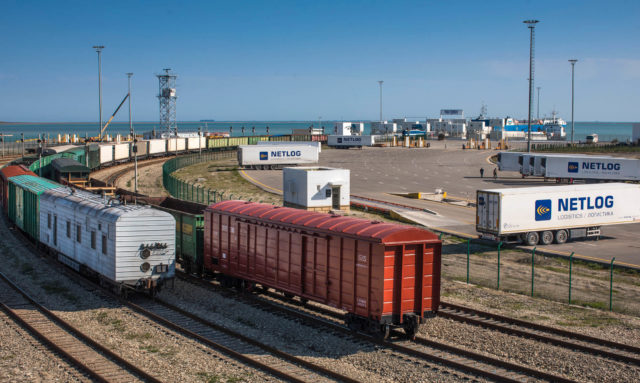 The order of entry into the territory of Azerbaijan of persons and goods by railway transport through checkpoints across the state border has been established, as the corresponding decision was signed by Prime Minister Ali Asadov, Trend reports citing the Cabinet of Ministers.

Control measures imposed by legislation on border and customs authorities in connection with the passage of persons and goods through checkpoints across the state border by rail are taken taking into account the type of rail transport passing through these points, infrastructural and geographic conditions on the territory of checkpoints and carried out according to the scheme approved by the chairman of the State Customs Committee and the head of the State Border Service of Azerbaijan, at checkpoints across the state border at points of movement and stopping of wagons, as well as during the movement of trains.

The following set of rules also applies, as comes from the new order:

– border and customs authorities jointly carry out control on the train, including checking compartments, vestibules, heating and sanitary units, transition areas, gaps between the ceiling and the covering of the car and other suspicious places in order to identify violators of the state border of Azerbaijan and smuggling;

– check on passenger trains should not exceed 60 minutes, but depending on the number of passengers and time of day, if necessary, the time of border and customs control may be extended;

– control, as well as clearance of goods transported in passenger and freight trains, including unaccompanied and transported in baggage cars, sent in baggage and mail cars, are carried out in accordance with the procedure established by the border and customs legislation of Azerbaijan.