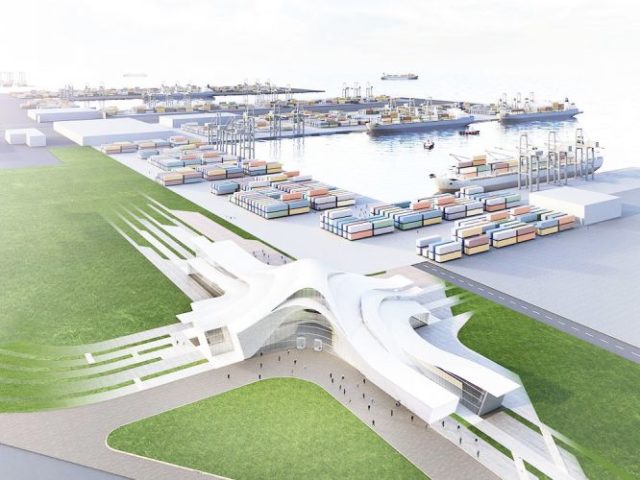 Azerbaijan has invited the countries of the Cooperation Council of the Turkic-speaking states (Turkic Council) to participate in the development of the Alat Free Economic Zone (FEZ), Minister of Economy of Azerbaijan Mikayil Jabbarov said, Trend reports.

Jabbarov made the remark in Baku during the 10th meeting of the ministers of economy of the Turkic Council states.

“Currently, five industrial parks operate in Azerbaijan. We are also working on the development of the Alat FEZ,” he said.

During the event, Jabbarov invited all the Turkic Council states to participate in this work.

Furthermore, Jabbarov noted that the economy of Azerbaijan grew by more than 3 percent in 2021.

“Our economy has grown thanks to investments. We have also increased the exports, and macro-fiscal performance is above initial forecasts,” the minister said.

“The Alat FES is aimed at attracting new technologies to Azerbaijan, developing the country’s investment potential. The FEZ’s legal basis provides for the protection of the interests of all participants in economic activity. Investors and legal entities will be completely exempt from taxes and payments, customs duties, from taxes on employees’ salaries. The Azerbaijani side will develop the entire infrastructure of the Alat FEZ, which is necessary for conducting effective activities: roads, water supply, office premises, etc.,” said the minister.

The 10th meeting of the ministers of economy of the Cooperation Council of Turkic-speaking States (Turkic Council) is being held in Baku. The ministers of Kyrgyzstan, Kazakhstan, Uzbekistan, Hungary, and Turkey are also taking part in the event.