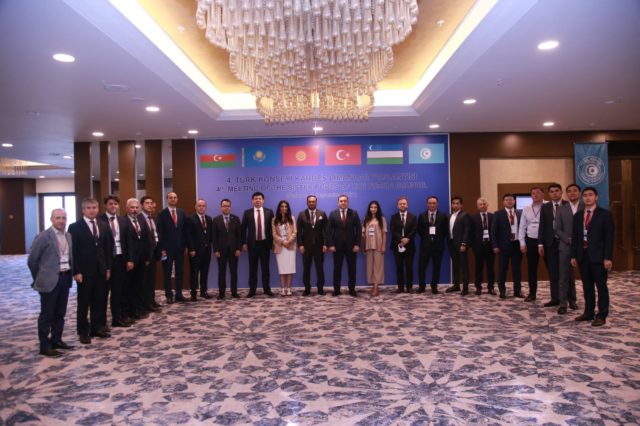 The fourth meeting of the fraternal ports of the Cooperation Council of Turkic Speaking States (Turkic Council) was held in Samsun, Turkey today. During the meeting, a presentation was made on the activities of the twin ports of the Port of Baku, Kazakhstan’s Ports of Aktau and Kurik, as well as the Port of Samsun. Speaking at the meeting, Aynur Samadova, Head of the International Cooperation Department of the Baku International Sea Trade Port CJSC, said that Port of Baku, which has been improving its cargo capacity every year, has once again been seen as being worthy of the European Sea Ports Organization (ESPO), Port Environmental Analysis System (PERS) – EcoPorts certification.

Informing about the fertilizer terminal to be put into operation in the Port of Baku, the head of the department added that the terminal will have a capacity of 2.5 million tons of products per year, and in addition, two warehouses with a total capacity of 60,000 tons will be commissioned in the port. This will significantly increase the volume of fertilizer products transported to Western countries via Central Asia and Azerbaijan. In general, the parties exchanged views on increasing the volume of cargo on the Trans-Caspian International Transport Route. In the end, the participants took a picture.

Educational institutions of Azerbaijan and Kazakhstan has signed an agreement