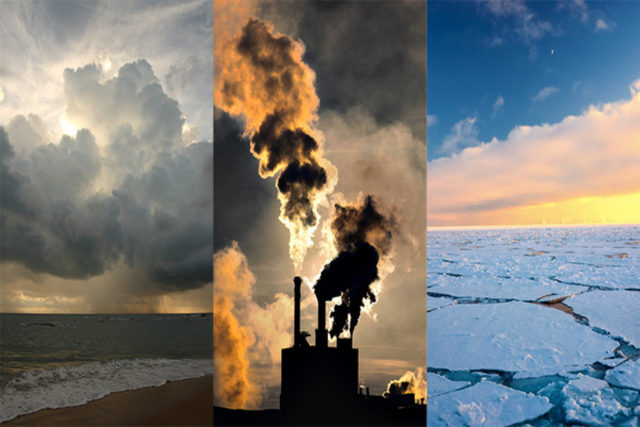 Humanity’s damaging impact on the climate is a “statement of fact”, say UN scientists in a landmark study, APA reports citing BBC.

The report says that ongoing emissions of warming gases could also see a key temperature limit broken in just over a decade.

The authors also show that a rise in sea levels approaching 2m by the end of this century “cannot be ruled out”.

But there is new hope that deep cuts in emissions of greenhouse gases could stabilise rising temperatures.

This sober assessment from the Intergovernmental Panel on Climate Change (IPCC) features in a 42-page document known as the Summary for Policymakers.

It leads a series of reports that will be published over coming months and is the first major review of the science of climate change since 2013. Its release comes less than three months before a key climate summit in Glasgow known as COP26.

“If we combine forces now, we can avert climate catastrophe. But, as today’s report makes clear, there is no time for delay and no room for excuses. I count on government leaders and all stakeholders to ensure COP26 is a success.”

In strong, confident tones, the IPCC’s document says “it is unequivocal that human influence has warmed the atmosphere, oceans and land”.

Sea levels are rising because of warming in the polar regions, which is both melting sea ice and causing thermal expansion – where the water physically expands as sea temperatures rise.

This is a problem because if sea levels keep rising as rapidly as they are, eventually coastal regions – and possibly entire islands – will be flooded or underwater.

Some of the land that would be lost is important for food growing, such as the delta of the Nile river.

And millions of people could be displaced. One local council in North Wales has already got a plan in place to evacuate all of the residents of its coastal village within the next 25 years, or sooner if necessary.