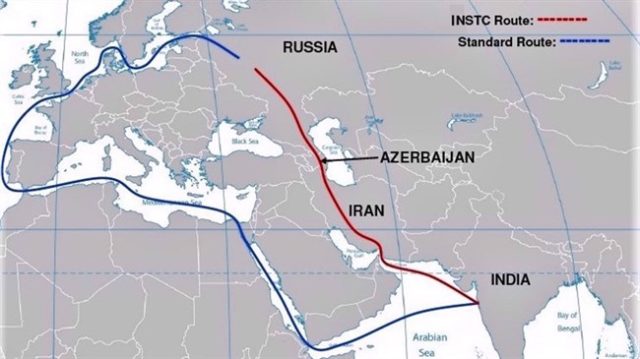 The North-South International Transport Corridor will have a particular impact on the volume of international freight traffic, Natig Jafarov, Director of a subsidiary of Azerbaijan Railways CJSC, ADY Container LLC, told Trend.

He noted that ADY Container is one of the operators of the first container train, which is currently moving from the Finnish city of Helsinki towards the Indian port of Nava Sheva and will reach its destination within 22-23 days.

According to Jafarov, this route can be considered as an alternative to the Suez Canal.

“Compared to sea routes, it significantly reduces the time of transportation of goods from Northern Europe to India and back,” said the director of the company.

Jafarov said that the containers in the first block train moving along the corridor are transported by railway platforms owned by ADY Container, and organizing the movement of long-distance transcontinental block trains is one of the main tasks of the company.

On June 23, an online meeting was held on the ‘Revitalization of the North-South International Transport Corridor: the role of Azerbaijan,’ where infrastructure projects and measures to attract cargo for transportation by this corridor were discussed.