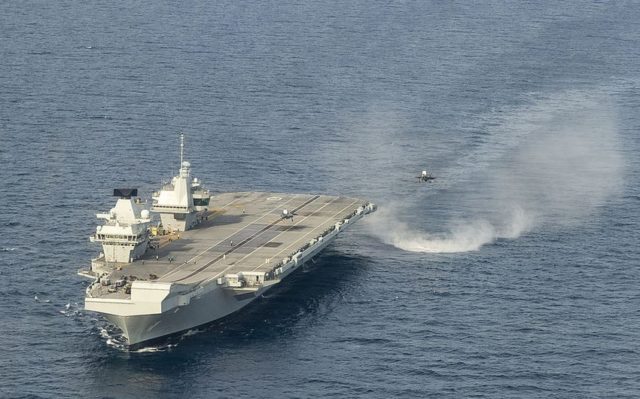 The most powerful naval flotilla to sail from Britain since the Falklands War has been struck by a major COVID outbreak – after sailors went partying in Cyprus, Report informs, citing The Sun.

Positive cases have hit almost half the warships in the Royal Navy’s carrier strike group.

They include at least 100 crew of the flagship aircraft carrier HMS Queen Elizabeth – who were all double jabbed.

The virus ripped through the strike group’s 3,700-strong crew after sailors were given a run ashore in Limassol.

Navy sources insisted that none of the positive cases needed sickbay admission and numbers are starting to fall.

But the ships will have to stay at sea for at least another three weeks, and their next port calls could be postponed if the virus continues to spread.