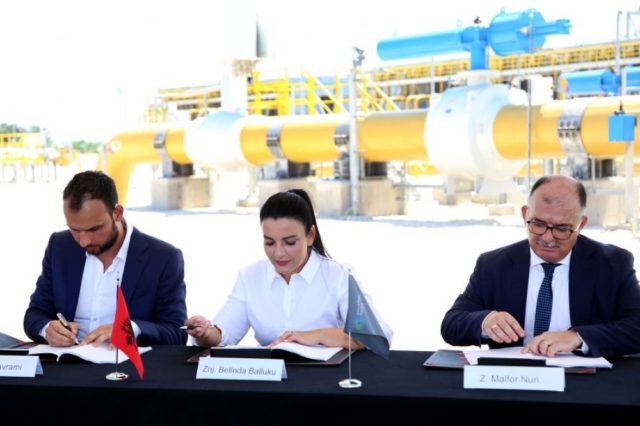 Trans Adriatic Pipeline (TAP) AG, the Albanian Ministry of Infrastructure and Energy and Albgaz Sh.a. have signed a Cooperation and Handover Agreement on the Fier South Facility. TAP will design, procure and construct the Fier gas exit point, a multimillion Euro investment in the country, the TAP AG consortium reports.

According to the agreement, once the construction of the Fier South Facility is complete, the exit point will be handed over to the Albanian State and will be fully owned, managed, and operated by the government of Albania.

The new facility is a significant milestone for Albania’s gasification, as it will enable an interconnection point between the TAP transportation system and future gas infrastructure in Albania.

The new gas exit point in Fier will a provide strategic access point for Albania and the Western Balkans to gas reserves in the Caspian region. It will be constructed outside of TAP’s compressor station in Fier and will have expandable capacity and the possibility for bidirectional flow. The gas exit point constructed by TAP will also include pressure reduction and fiscal metering facilities.

The Fier gas exit point reinforces the role of TAP in the Western Balkans area, not only as a reliable Transmission System Operator (TSO) but also as an active partner in Europe’s energy transition.