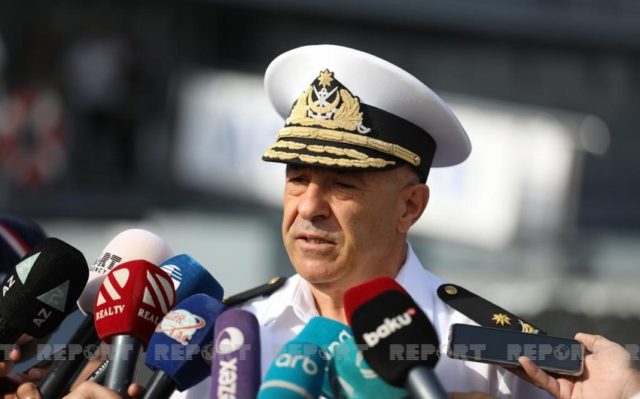 “About 1,000 personnel, 43 ships, boats, and two helicopters will take part in the tactical exercises with the participation of the Navy’s Battleship Squadron, Supply Ships, and Marines,” Rear Admiral Subhan Bekirov, Commander of the Navy, told journalists.

According to him, the exercises will consist of three stages:

Note that the training will be held on June 22-23.