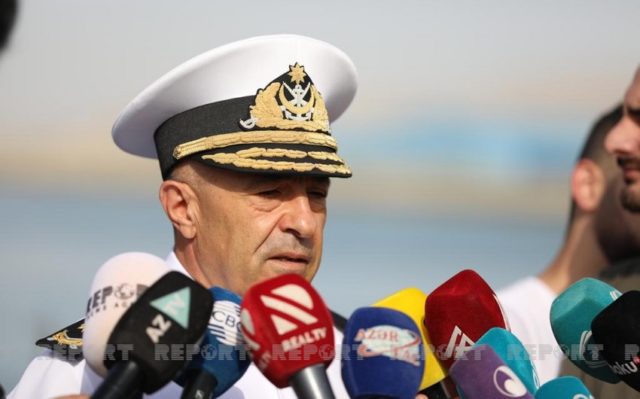 “According to the 2021 combat training plan approved by the Minister of Defense, the Azerbaijani Navy has started training today in order to prevent threats to the country’s military, political and economic interests in the territorial waters of Azerbaijan, to protect and safeguard energy infrastructure in the Azerbaijani sector of the Caspian Sea, as well as to monitor underwater oil and gas pipelines,” Rear Admiral Subhan Bekirov, Commander of the Navy, told journalists.

He said that the training is attended by naval warships and supply ships: “The main purpose of the training is to organize combat training activities of ship tactical groups in different conditions, to develop joint operational plans, to improve the naval skills of personnel, to test the combat readiness of ship tactical groups and ships and their interaction, and to implement several activities.”

Note that the training will be held on June 22-23.