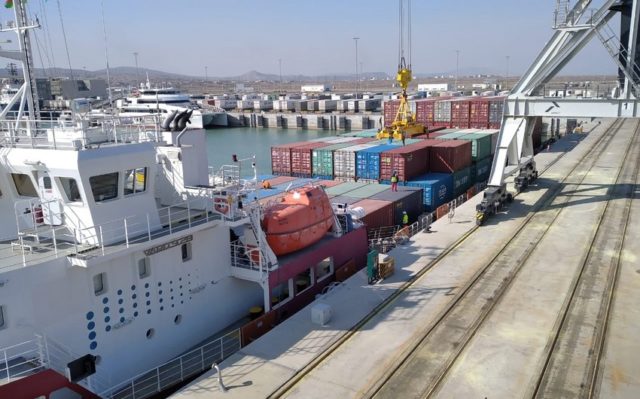 An agreement was reached between the Azerbaijani Ministry of Transport, Communications and High Technologies and Transport Corridor Europe-Caucasus-Asia (TRACECA) to expand the route of this transport corridor, Trend reports on June 22 referring to the ministry.

During the meeting, the sides discussed the ongoing priority projects and initiatives to increase the competitiveness of this transport corridor, as well as prospects for further development.

The parties agreed on cooperation in the field of expanding the route of TRACECA, digitalizing the corridor, developing multimodal cargo transportation, increasing the competitiveness of container transport, developing new projects that can help attract additional cargo flows to the corridor, as well as making efforts to promote the TRACECA corridor at the bilateral and international levels.

Nabiyev stressed that this cooperation platform, created in 1998 at the initiative of Azerbaijan’s national leader Heydar Aliyev, is of great importance for Azerbaijan and the country is actively involved in its activity.

In turn, the TRACECA secretary general touched upon the issues related to the Basic Multilateral Agreement on International Transport for the Development of the Europe-Caucasus-Asia Corridor, the strengthening of the activity of the organization, initiatives and new projects put forward and discussed during the chairmanship of Azerbaijan in the TRACECA Intergovernmental Commission, cooperation with the European Union and other issues.

The meeting was held on June 21, 2021 and National Secretary of the TRACECA Intergovernmental Commission on Azerbaijan Rufat Bayramov also participated in it.