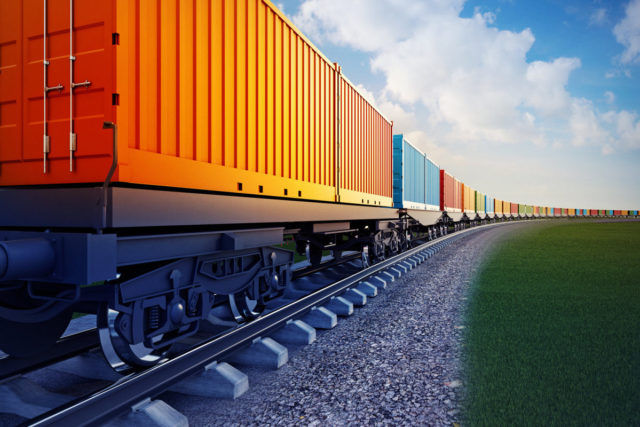 The first container block train from Finland heading to the Indian port of Nava Sheva has departed from Helsinki, ADY Container told APA-Economics.

The transportation of the block train running via the International North-South Transport Corridor (INSTC) is a joint venture of JSC RJD Logistics, ADY Container LLC and Tarkib Trans Co. The train passing through Russia, Azerbaijan and Iran consists of 32 40-foot containers, loaded with paper products.

A pilot project implemented as a result of close cooperation between the relevant railway operators of the North-South Transport Corridor member countries. Depending on the transportation results of the current pilot block train, the movement of block trains within this corridor may become regular.

Finland and the European Union in general are important trade partners of India. Paper products, machinery and equipment are mainly exported from Finland to India, and respectively pharmaceutical, chemical and textile products are imported from India back to Finland. Transportation of such cargo by containers will form a potential cargo base for a block train moving along this corridor.

The rail platforms, which were sent to Finland for loading, are owned by ADY Container LLC. Such an act for the implementation of this project has been undertaken by the company in order to stimulate regular organization of long-distance transcontinental block trains within the INSTC.

The containers will be transported to the port of Nava Sheva by multimodal means – rail, road and ship. Unlike sea transportation, the container block train on this corridor will significantly shorten transit time. Overall, the block train will travel 7200 km.

The International North-South Transport Corridor, which creates a transport link between India and Russia as well as the countries of Northern Europe, carries an important role for Azerbaijan in terms of expanding its transit potential.

The western wing of this corridor, which consists of Western, Central and Eastern routes, passes through the territory of Azerbaijan. Given the recent threats to the global supply chain from the Suez Canal, the role of this corridor for transcontinental freight may gradually increase.