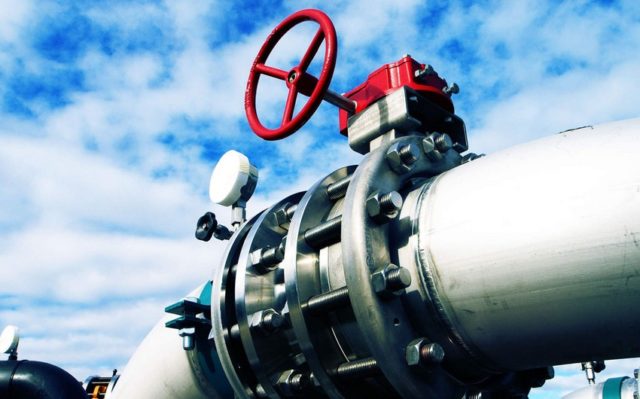 Gas supplies via the Southern Gas Corridor from Azerbaijan to Europe are going at almost maximum design capacity, Report informs referring to EADaily.

On the one hand, in 2021, gas pumping was planned at half capacity. On the other hand, negotiations with Turkey regarding the extension of one of the contracts are still ongoing, and as a result, Azerbaijan has a surplus of gas.

Such growth is explained by the fact that the Turkish state-owned company Botas did not extend a long-term contract for the annual supply of 6.6 billion cubic meters of gas with BP-Azerbaijan, which is the operator of the Shah Deniz Stage 1 project, expired on April 17, and the supply of fuel through the Baku-Tbilisi-Erzurum gas pipeline was stopped. At the same time, gas production at Shah Deniz-1 and Shah Deniz-2 remained at the level of over 50 million cubic meters, and the surplus was allowed to Europe through the Southern Gas Corridor.

For the project shareholders, the situation in the gas market has developed better than ever. On the one hand, the surplus in volumes emerged in Azerbaijan. On the other hand, an additional demand has appeared in Europe since the reserves in storage facilities are record low, and other suppliers cannot now increase gas exports to the EU countries. For example, Gazprom doesn’t buy large volumes of Ukrainian transit facilities.

Of the nearly 25 million cubic meters of Caspian gas supplied to Europe every day, more than 21 million cubic meters go to Italy. According to the GIE, the Mediterranean country has one of the highest storage fill rates in mid-June (62%), but at the same time is a month late in pumping compared to last year.

Russian gas supplies to Italy, meanwhile, are below the indicators of the last four years. If in June 2018, 2019, and 2020, an average of 84-88 million cubic meters per day were supplied through Austria to the Mediterranean country, this year it was about 71 million cubic meters.

High fuel prices also make it more beneficial to supply Azerbaijani gas. For example, at the Italian hub, PSV, gas supplies for July are traded above $320 per 1,000 cubic meters.

Commercial gas supplies to Europe via the Southern Gas Corridor began on December 31, 2020. The main components of the project are: the second stage of the Shah Deniz project, the expansion of the South Caucasus Pipeline (Baku-Tbilisi-Erzurum), the construction of the Trans Anatolian Natural Gas Pipeline (TANAP) from east to the western border of Turkey; and the Trans Adriatic Pipeline (TAP) connecting Greece, Albania, and southern Italy.

TAP transports natural gas from the Shah Deniz field in the Azerbaijani sector of the Caspian Sea to Europe. The 878 km pipeline in Kipoy near the Turkish-Greek border connects with the TANAP, runs through Greece, Albania, and along the bottom of the Adriatic Sea to southern Italy.

Since December 31, 2020, on the first day of Azerbaijani gas supplies to Europe, 10.9 million cubic meters of gas have been transported via TAP.

TAP can stimulate gas supplies to Southeast Europe through interconnectors to be built in the future. For example, Bulgaria will enhance the security of supply by meeting 33 percent of its natural gas needs through TAP. The gas pipeline exit points on the territory of Greece and Albania, as well as Italy, open up opportunities for the transportation of Azerbaijani gas to other European countries.