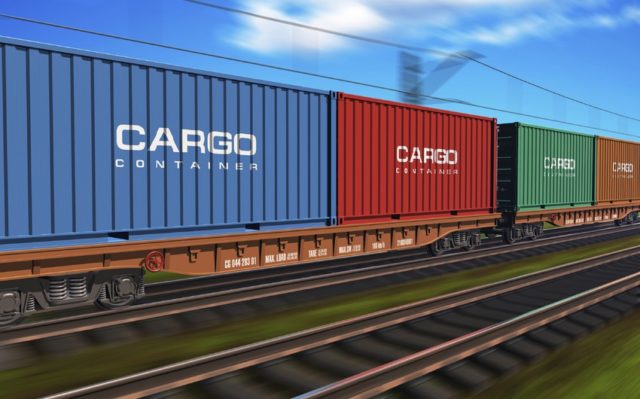 The Permanent Secretariat of the TRACECA Intergovernmental Commission has developed a concept for improving container transportation until 2030. A new vision and issues covered by it were announced this month at a virtual session on “Increasing the competitiveness of international rail transport in the framework of TRACECA.”

National Secretary of the TRACECA Intergovernmental Commission for Azerbaijan Rufat Bayramov told Report about the participants of the virtual session:

“TRACECA held a virtual session at the joint initiative of the World Bank and the International Union of Railways. The session was dedicated to increasing the competitiveness of railway freight traffic on the TRACECA and attended by representatives of the World Bank, the International Union of Railways, as well as freight operators from Europe and Asia. The event consisted of two main sessions. The first session was devoted to the development of multimodal transportation, containerization, and freight tariffs, and the second session – to the organization of regular container transportation along the TRACECA. The session was attended by representatives of reputable freight companies and various associations.”

“The session highlighted the existing shortcomings in the corridor and discussed in detail the work to be done. One of the event’s main objectives was to demonstrate to Chinese and European carriers the relevance of the TRACECA, the direction in which the corridor is developing, and how it is ready to respond to modern challenges.

“At the session, we agreed on the use of digital technologies to improve border crossing procedures. Tariff issues were also reflected here. Tariffs are constantly being discussed, mainly within the International Association Trans-Caspian International Transport Route. Meetings are held several times a year to determine transit tariffs on the Trans-Caspian route among railway administrations, shipping companies, and ports. On the other hand, once a year, the annual basic transportation tariffs are approved by the railways of the CIS countries.”