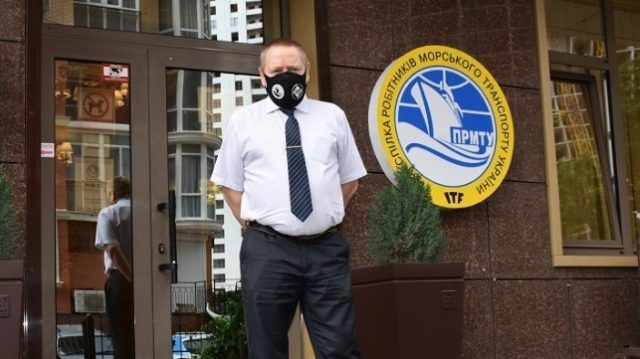 Captain Gennadiy Gavrylov, the former master of the floating armory Avant Garde, has returned home after six years of detention in Sri Lanka, according to the Marine Transport Workers’ Trade Union of Ukraine (MTWTU).

The armory vessel Avant Garde was arrested in the port of Galle, Sri Lanka in October 2015. At the time, the vessel operator told local media that it had received permission from the country’s defense ministry for the vessel to enter the port; upon arrival, Sri Lankan Navy officials boarded the ship and placed it under government control.

In a search, Sri Lankan authorities found 816 T56 rifles (an AK-47 variant) and 84 other firearms on board the ship, along with about 200,000 rounds of ammunition. The vessel was allegedly licensed to carry no more than 100 arms. Additionally, at least 59 of the guns found allegedly had no discernable serial numbers.

Gavrylov, the Avant Garde’s captain, was arrested in June 2016 in connection with the case but was not formally charged with a crime. Still, he was held in Sri Lanka and prevented from leaving, working at sea or contacting his family at will.

After five years of diplomatic appeals by the MTWTU, the International Transport Workers’ Federation (ITF) and the National Union of Seafarers Sri Lanka (NUSSL), Gavrylov has finally been permitted to return home. On Friday, he arrived safely in Ukraine and was reunited with his family.

“The return of Captain Gavrylov to his homeland is a true and long-awaited triumph of justice. We sincerely thank everyone who fought shoulder to shoulder with us for Gennadiy’s freedom, especially the ITF for their brave struggle and invaluable help and to our brother Union in
Sri Lanka for constant support of our Captain throughout all these years,” said MTWTU Chairman Oleg Grygoriuk.

“Me and the unions – these were who fought for justice and my freedom. I am grateful to everyone who supported me through all this time and
helped me return home,” said Gavrylov in a statement.