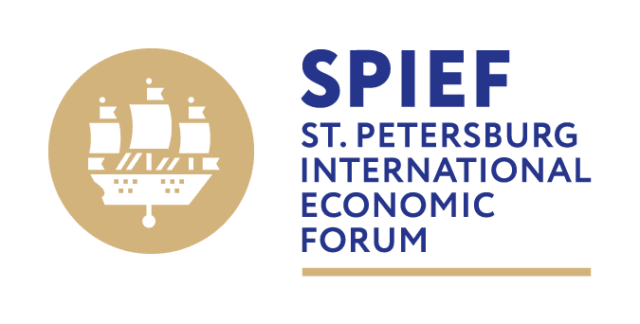 The main goal of the visit was to take part in the 24th St. Petersburg International Economic Forum. This representative event of world scale has brought together the members of governments from tens of countries of the world, representatives of private sector, and renowned entrepreneurs.

Speaking at the thematic session, S.G.Berdimuhamedov confirmed the readiness of the Turkmen side to establish long-term multifaceted cooperation with the interested stakeholders and voiced the priority vectors of collaboration.

During the talk, the parties stated with satisfaction the active dynamics of development of Turkmen-Russian relations in political, trade-economic and cultural-humanitarian spheres. The importance of the Intergovernmental Turkmen-Russian Commission on Economic Cooperation and its mechanisms in the advancement of bilateral trade-economic ties was underlined. The issues of cooperation on the vectors of mutual interest, including the collaboration in the area of transport, energy, industry, digitalization, healthcare, finances and others were discussed. The stable growth of the volumes of trade turnover between Turkmenistan and Russia was stated.

In addition, the meeting of S.G.Berdimuhamedov with the Governor of Saint Petersburg A.D.Beglov took place. During the meeting, the parties underlined the efficiency of cooperation of Turkmenistan with the Russian Federation on a wide range. The head of Turkmen delegation emphasized the significance of the St. Petersburg International Economic Forum in which Turkmenistan takes active part.

In this context, the commitment of Turkmenistan to create favorable investment climate in the country was highlighted, as well as the strengthening potential of its transport and logistical infrastructure was reflected. It was stated that Turkmenistan and Saint Petersburg are linked by multiyear partnership ties based on friendship, equality and mutual respect.

In the framework of the Forum, S.G.Berdimuhamedov also met with Director-General of the United Shipbuilding Corporation A.L.Rakhmanov.

During the talks, it was stated that Turkmenistan holds active position in the integration of its transport system into the world transport network. Turkmenistan strives to enhance the branches of its maritime and river transport, including the creation of modern merchant marine. In this respect, the interest of the Turkmen side in the establishment of long-term partnership with the United Shipbuilding Corporation, which has accumulated vast experience in the given sphere, was reiterated.

Also, the meetings of the participants of the Turkmen delegation with the representatives of Russian corporations, financial and banking institutions were held.