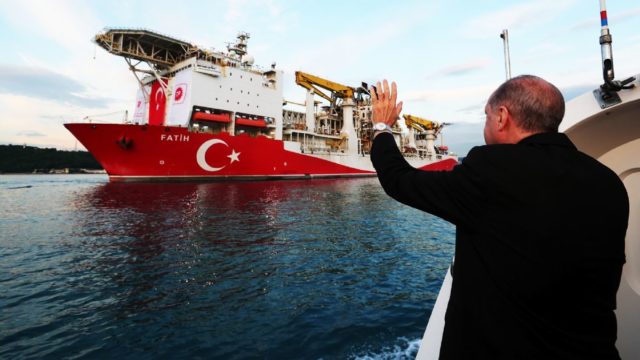 ANKARA (Bloomberg) – Turkey has discovered further deposits of natural gas in the Black Sea, according to people familiar with the matter, and is likely to make an announcement soon.

Initial data from the offshore Amasra-1 well show a significant amount of newly discovered gas, the people said, asking not to be identified while discussing confidential information. Turkish explorers last year found 405 billion cubic meters of gas at the nearby Tuna-1 well, the biggest ever discovery in the Black Sea, and said at the time production could begin by 2023.

No independent audit of total and recoverable gas at either of the finds in the so-called Sakarya field has been made available by authorities. Officials have said state oil company Tpao is planning to develop the deposits on its own, and won’t need foreign financing.

The Energy Ministry declined to comment on the Amasra discovery. But President Recep Tayyip Erdogan hinted at it during a televised interview earlier this week, promising to deliver “good news” on Friday from the Black Sea coast. He has pitched recent energy finds as a solution to some of Turkey’s long-term economic vulnerabilities, including its energy-import bill that needs to be paid in foreign currency.

Previous announcements on Black Sea gas deposits boosted Turkish assets, from bonds to stocks. Erdogan and his government are battling a drop in popularity after unemployment rose during pandemic lockdowns.

Turkey has ramped up exploration for oil and gas off its coasts in recent years. Its activities in the eastern Mediterranean Sea have sparked confrontations with European Union member states Greece and Cyprus.

The Sakarya field is expected to provide as much as 30% of the gas Turkey’s $730 billion economy requires when plateau production is reached, targeted for 2025.

Discoveries are also expected to allow Turkey to import cheaper gas and trim the annual average energy bill of around $44 billion.