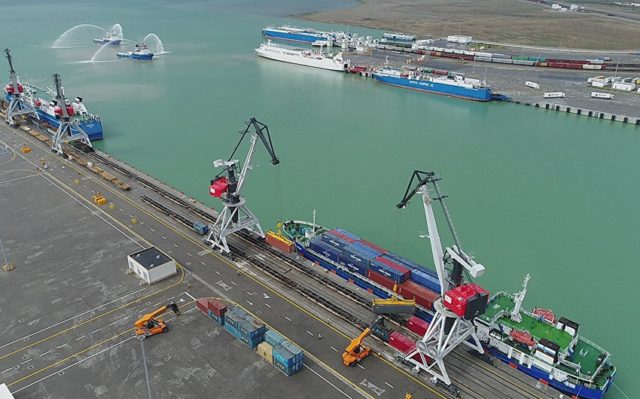 The guests met with the Director-General of the Port of Baku, Taleh Ziyadov, and got acquainted with the operational process at the terminals. The delegation, which included former US Ambassadors to Azerbaijan Robert Cekuta and Kazakhstan Richard Hoagland, representatives of the scientific community, has been informed about the substantial achievements of the Port of Baku, despite the negative consequences of the coronavirus pandemic in 2020. Thus, last year, the total volume of cargo transshipment at the port exceeded 4.8 million tons, which is 20% more than in 2019. In the first quarter of this year, the total volume of shipments topped 1.4 million tons, which is a growth of around 17% from 2020.

At the same time, the guests were informed that the Port of Baku cooperates with the American Chamber of Commerce (AmCham), and recently the Port of Baku took part in a webinar organized by the Caspian Policy Center on the initiative of the Blue Dot Network.