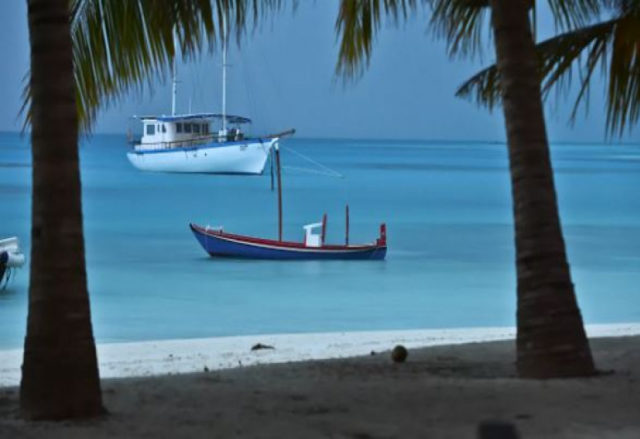 The Maldives could disappear by the end of the century if the world doesn’t act swiftly and coherently against climate change, the country’s minister for the environment, climate change and technology said, APA reports.

“Climate change is real and we are the most vulnerable country in the world,” Shauna told Capital Connection from Male. “There is no higher level for us … it’s just us, it’s just our islands and the sea.”

The World Economic Forum has estimated that 80% of the world’s people will be affected by climate change by 2050. Meanwhile, scientists are suggesting that sea levels could rise up to 1.1 meters by 2100.

If such predictions are correct, the South Asian archipelago state, famous for living on the island, could be among the hardest hit.

Today, 80% of the country’s 1,190 islands are just one meter above sea level, making them particularly vulnerable to rising sea levels. According to Shauna, 90% of the islands have already reported flooding, 97% coastal erosion and 64% serial erosion.

Cement blocks are being placed along the coast to prevent further coastal erosion in Mahibadhoo in the Maldives.

The Maldives has already put in place several adaptation measures to minimize the effects of climate change, such as coastal defense instruments and community resilience programs, Shauna said. In addition, the country wants to become a “leader in mitigation measures”, for example in reducing greenhouse gas emissions.

“We want to lead the effort and say that if the Maldives can, the world can,” Shauna said, calling on individuals and governments to get involved.

Last year the Maldives released updated targets to reduce 26% of their emissions and achieve net carbon free emissions by 2030. However, such progress would not be possible without international cooperation, she said.

“We need every individual in the world to address climate change on a personal level and on a political level through governments,” said Shauna. “Ambitious goals are urgently needed to help not just the Maldives but all of the small island states.”