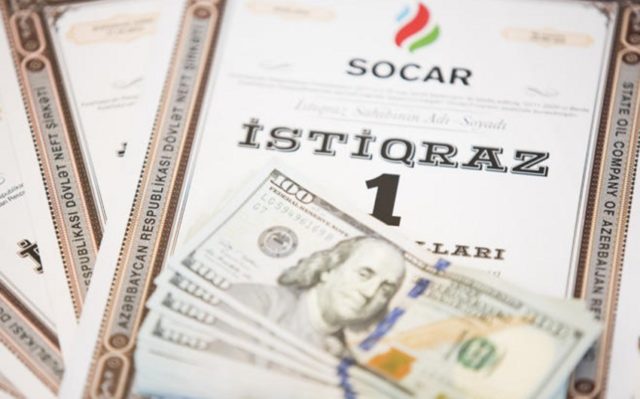 Considering wide range of requests and appeals addressed by investors for a very long time, SOCAR, international energy company of the Azerbaijan Republic, is going to issuing new bonds for the local market on 20th of September, 2021, Report informs. SOCAR which is serving up Azerbaijani citizens again with a beneficial and reliable investment, has succeeded in the local security market providing them with the bonds issued in 2016 and has been maintaining its status as the most traded corporative security since being sold.

The demand for these bonds emitted 100 million dollars was met two times more than expected. Now secondary market operations contain 200 million dollars which is considered a record. A 5 year emission period of the first issued bonds will conclude in October 2021 and bondholders will receive 25 million dollars income totally.

As stated by “SOCAR Capital”, new SOCAR Bonds will be issued for 5 years. Total amount of the bonds is 100 million dollars. Each nominal value of the bond is considered 1000 dollars. Annual interest rate is 4.5 %. A percentage payment will be fulfilled according to the quarterly graphics.

Bonds can be invested in via ASAN Service No 1 and 5, and the investment companies acting in Azerbaijan .