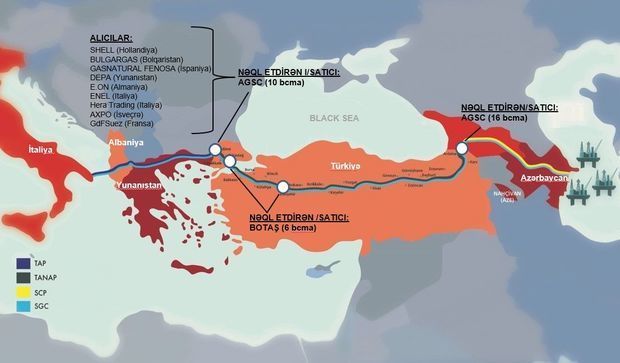 Negotiations are being held with BOTAS, a Turkish pipeline operator to reach a new contract over the supply of gas within the framework of the first stage of development on the consortium for the development of the Shah Deniz gas condensate field in the Azerbaijani sector of the Caspian Sea, the head of Public Relations Department at BP Azerbaijan Tamam Bayatli told APA.

Along with this, according to T. Bayatli, within the framework of the second stage of development of the Shah Deniz field, the transportation of gas is being fully continued.