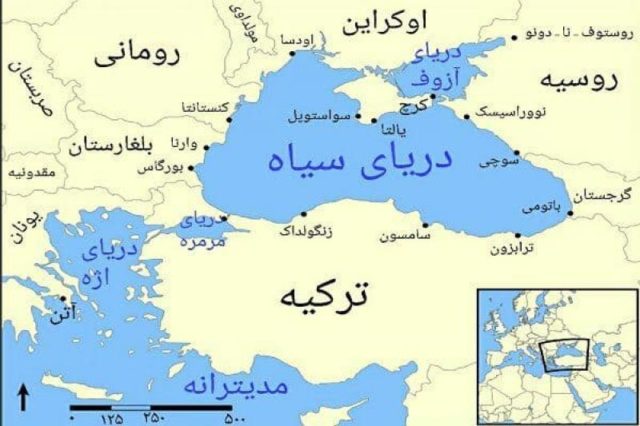 Director General of the Department for Transit, Commercialization and Organizational Issues of the Ministry of Roads and Urban Development of the Islamic Republic of Iran Amin Tarafo announced the launch of the international transit corridor “Persian Gulf – Black Sea”, which is being prepared in the foreseeable future. Mehr news agency reports about this with reference to  VASTI PRESS .

Amin Tarafo, in particular, pointed to his recent visit to Yerevan, where he took part in the fifth meeting of experts to discuss the draft Agreement on the establishment of the “Persian Gulf – Black Sea” ITC, and commented on the results of the meeting, at which the question of completing the preparation of this document.

“After Iran put forward this initiative in 2016 and after four rounds of expert negotiations: in Tehran, Sofia, Tbilisi and again in Tehran, on April 19 in the capital of Armenia, Yerevan, the 5th combined (face-to-face and videoconference) a meeting with the participation of delegations from Iran and Armenia (in person), as well as Georgia, Bulgaria and Greece (remotely), ”Tarafo said.

As the Deputy Minister of Roads and Urban Development of Iran explained, the transit corridor “Persian Gulf – Black Sea” will be launched in line with the development of transport diplomacy of the countries participating in the project, so that they can jointly take advantage of relative advantages and increase competitive preferences.

“Taking into account the major international projects connecting Asia and Europe, including the Belt and Road Initiative implemented by China, a suitable platform will be provided to participate in the mentioned projects and, as a consequence, for our country to play a greater role in the field of transit and international transport in the region, ”summed up Amin Tarafo. He also added that other countries may join the Agreement on the establishment of the Persian Gulf – Black Sea ITC with the consent of the members.

It should be noted that the Islamic Republic of Iran has long shown interest in the development of cargo transportation through the Black Sea. Earlier, with the participation of Tehran, the South-West corridor was launched

On May 10, 2018, the Azerbaijan Railway Company announced the successful launch of a test train that transported containers along the route Poland, Ukraine, Georgia, Azerbaijan and Iran as part of the development of a transportation project along the South-West international route, involving the supply of goods from the countries of South-West Asia to Eastern Europe.

The trial transportation of containers along the new route was implemented in pursuance of the decision of the Coordination Committee for the development of the South-West transport route, which met on March 14, 2018 in Warsaw. Delegations of the railways of Azerbaijan, Iran, Georgia and Ukraine took part in that event. The parties then discussed important technical issues when organizing cargo transportation along the corridor being created. The agenda also included the revision and approval by the Azerbaijani and Iranian parties of tariff conditions for transportation in Azerbaijan and Iran in connection with the commissioning of Astara station (Iran), optimization of tariff conditions on the sea section of the route (on the Black Sea) and others.