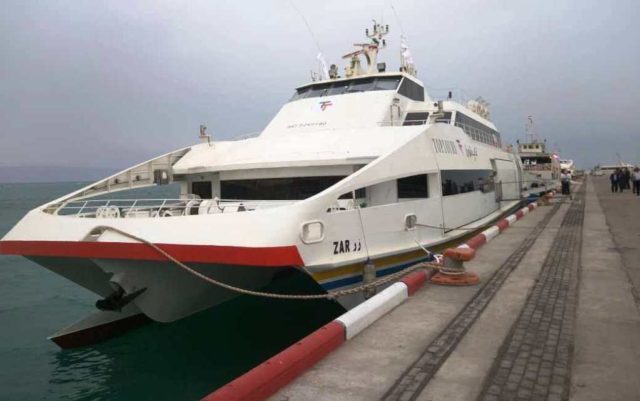 Sea tourism in Iran’s southern ports during the Nowruz holiday in the new Iranian year (starts March 21,2021) has been banned, said Managing Director of the maritime affairs in Ports and Maritime Organization of Iran Hossein Abbasinejad, Trend reports citing ILNA.

“The National Headquarters to Control Coronavirus would decide over the maritime traveling and tourism during Nowruz in the country’s northern and southern ports,” said Abbasinejad.

“It is possible that the coronavirus testing would be mandatory for all sea passengers but the final decision has not been made yet,” he said.

“The final decision of the National Headquarters to Control Coronavirus regarding protocols during Nowruz has not been announced yet but the Ports and Maritime Organization is preparing the ports for Nowruz,” he said.

“So far passengers that arrive to southern coasts through air or land were tested negative for COVID-19, the next step is to carry out testing for sea travelers before they purchase the tickets,” he said.

“Qeshm- Bandar Abbas is the most traveled route and two more passenger ships were added to this route last year, considering the health protocols and social distancing,” he pointed out.

Iran continues to monitor the coronavirus situation in the country. Reportedly, the disease was brought to Iran by a businessman from Iran’s Qom city, who went on a business trip to China, despite official warnings. The man died later from the disease.

The Islamic Republic only announced its first infections and deaths from the coronavirus on Feb. 19.

The outbreak in the Chinese city of Wuhan – which is an international transport hub – began at a fish market in late December 2019.

The World Health Organization (WHO) on March 11 declared COVID-19 a pandemic. Some sources claim the coronavirus outbreak started as early as November 2019.