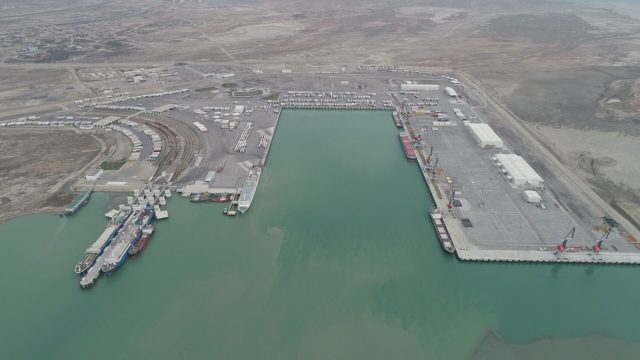 “The train carrying household appliances and chemicals consisted of 81 containers (40 feet each), 50 of which belong to Azerbaijan. The containers were loaded onto the Beket Ata feeder ship in the Aktau port and sent to the Baku port. Most of the cargo is intended for Azerbaijan, the rest will be sent to Georgia, Turkey, Romania, and Italy,” the port’s press service said.

Thanks to the sending of the first export train, communication between the ports of Baku and Qingdao was established.

The Qingdao port is considered the second largest port in China with the largest grain and oil terminals in the country. In 2019, the port shipped 1 billion tons of cargo.