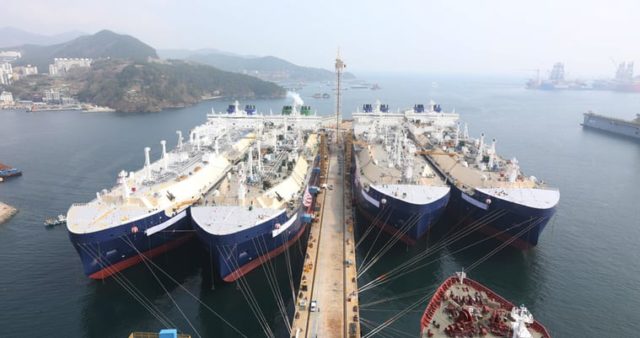 Representatives of the South Korean shipbuilding company Korea Shipbuilding & Offshore Engineering (KSOE) have received an order to build three tankers for the transport of liquefied natural gas (LNG).
This is reported by KBS with reference to company representatives. According to them, the project is estimated at 64.3 billion won (~ $ 57.8 million). It is known that all ships will be built at the Hyundai Samho Heavy Industries shipyard, REGNUM reports .
It is noted that earlier the company received orders for the construction of seven vessels, including container ships and gas carriers, totaling 582 billion won (~ $ 524 million).

Korea Shipbuilding & Offshore Engineering (KSOE) has received orders for 110 vessels for a total of $ 8.9 billion this year, accounting for 81% of projected profits.