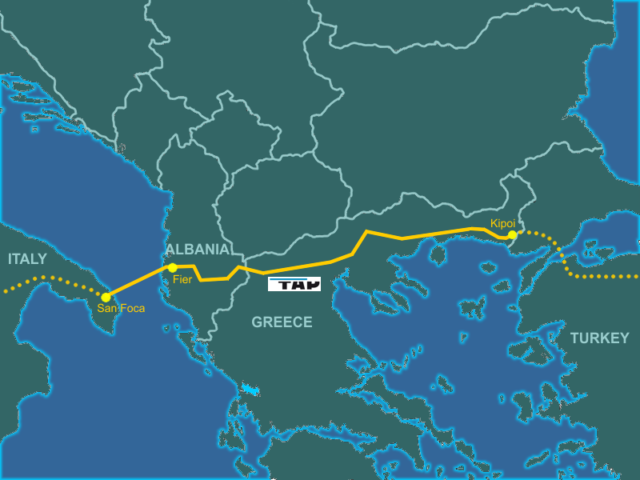 The European Commission welcomed the start of the Trans-Adriatic Pipeline (TAP) operations, the last stretch of the Southern gas corridor, thanks to which gas pumped from the Shah Deniz offshore gas field in Azerbaijan started reaching Italy, Report informs, citing Euractiv.

Commission spokesperson Tim McPhie said the EU executive “welcomes the start of the TAP operation, which connects Greece to Italy through Albania, bringing Caspian gas to consumers in the EU.”

“The project will increase choice and competition, improve energy security and diversify gas supply, particularly in Italy, Greece, and Bulgaria, as well as the South-East European region. TAP is a project of EU common interest and an important part of the Southern gas corridor”, McPhie emphasized.