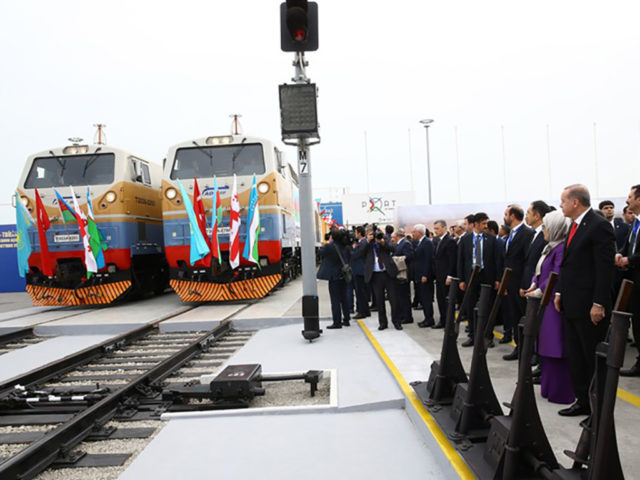 The Baku-Tbilisi-Kars (BTK) railway project is very important for the development of logistics and the functioning of the trade and logistics center of Georgia, said Minister of Economy and Sustainable Development Natia Turnava, Trend reports via Georgian media.

As the minister noted, for the first time on this railway there is an opportunity to process export cargo to China.

“We are talking about the transportation of Turkish household goods to China. This means a two-way activation of our corridor. Despite the pandemic, about 300,000 tons of cargo were transported in 2020. It is very important for Georgia to accept the new cargo to China,” she said.

Turnava noted that Georgia’s free trade agreement with Europe and China will strengthen the country’s role as a logistics and trade center.

According to her, after the commissioning of the section of the railway in test mode, about 400,000 tons of cargo have been transported since 2018.

“It is part of an alternative rail corridor that ultimately connects Europe and Asia, Europe and China,” she said.

The BTK railway has been built on the basis of the Azerbaijani-Georgian-Turkish intergovernmental agreement. It can greatly reduce the time of delivery of goods from China to Europe via Azerbaijan, which makes this route especially attractive.