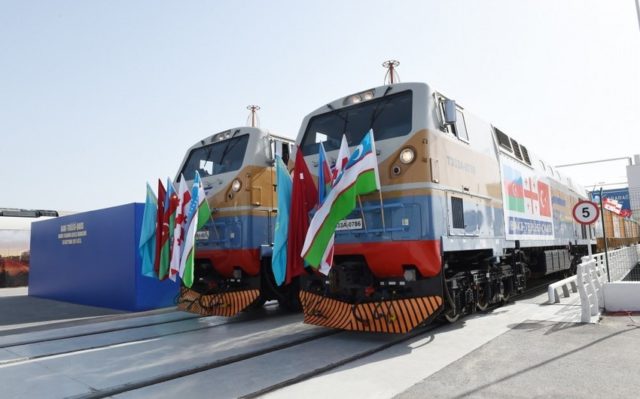 “We expect an increase of 116% in transportation carried out on the Baku-Tbilisi-Kars (BTK) line, a 63% increase in transportation on the Iran line, and a 15% increase European line. The investments in railways will maintain the pace without interruption in order to convert Turkey’s geographical advantage into an economic one,” Transport and Infrastructure Minister Adil Karaismailoğlu said at Parliament during the 2021 budget presentation for the Planning and Budget Commission.

The minister said they are working on converting 30% of the 5,000 unit trains that are expected to enter Europe by passing through the Northern Route that traverses Russia and China over Siberia: “We aim to operate 1,500 unit trains yearly on the Middle Corridor and the BTK, and to reduce the 12 days of railway travel time between China and Turkey to 10 days. He said their 2020 freight transport target is 35.28 million tons amid the pandemic.

BTK was opened on October 30, 2017. The railway line connects the railway networks of Asia and Europe. It is the shortest route not only between the three countries but also between Asia and Europe. BTK allows reducing the time spent on cargo transportation by more than two times. The BTK railway facilitates access to European and world markets for Central Asian countries – Turkmenistan, Kazakhstan, Uzbekistan, Kyrgyzstan, Tajikistan, and Afghanistan.