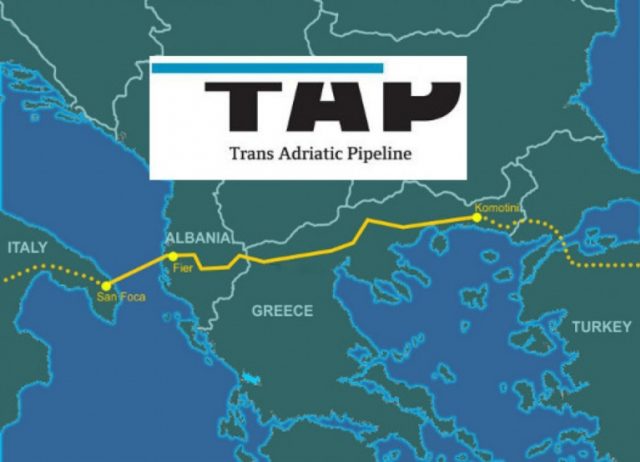 “It was a historic moment both for the Greek and the regional energy market, as the National Natural Gas System will be interconnected with one of the biggest natural gas markets in Europe, that of Italy, which it is also interlinked with Northern Europe through Switzerland and Germany, upgrading the country’s role as a regional energy hub. Soon, both Greece and the wider Southeast European region will be interconnected with the TANAP pipeline and the Italian natural gas market, reaching 75.4 bcm of natural gas consumption (2019 figures).”

The auctions are conducted in the PRISMA capacity booking platform.

The TAP pipeline’s length, which was officially announced by the Shah Deniz consortium on June 28, 2013, is 878 kilometers. The groundbreaking ceremony took place on May 17, 2016, in Thessaloniki, Greece. Of this, 550 km is in Greece, 215 km in Albania, 105 km in the Adriatic Sea, and 8 km in Italy. The highest point of the route in Albania is 1,800 meters above sea level, and the lowest point on the seabed is 820 meters below sea level.