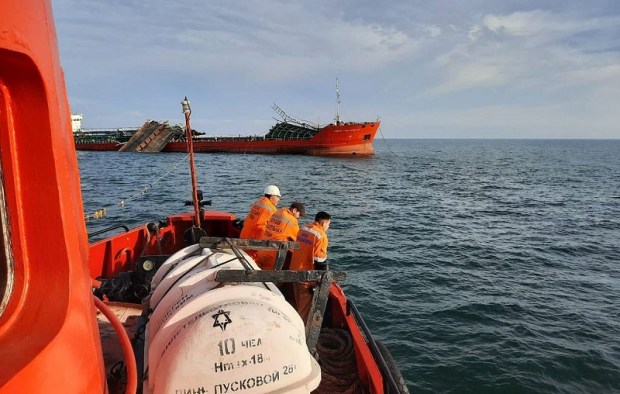 The search for three sailors who ended up overboard in the Sea of ​​Azov has not yet yielded results. During the last 24 hours, employees of the Russian Emergencies Ministry were looking for people who disappeared from the General Hazi Aslanov tanker.

The search zones were divided into two sections. Two aircraft flew over an area of ​​400 sq. km. Seven sea vessels were involved in the search work. In total, an area of ​​100 sq. miles of water area.

Organized patrolling of the coastal zone by the forces of the GIMS center of the Main Directorate of the EMERCOM of Russia in the Krasnodar Territory. Attracted 10 people and five boats.

In the second section, 60 people and nine vehicles patrolled the coastline. A total of 41 kilometers of the coast were surveyed.

Specialists of the test and fire laboratory were sent to the site of the damaged vessel to carry out work to determine potential ignition sources. No damage to the stern of the vessel has been identified, the press service of the Russian Emergencies Ministry in the Krasnodar Territory reports.

On October 26, it is planned to survey the coastline by the GIMS Center of the Main Directorate of the EMERCOM of Russia in three municipalities – Slavyansky, Temryuk, Primorsko-Akhtarsky districts.

Six sailors rescued from the General Azi Aslanov tanker in the Sea of ​​Azov were taken to the port of Kavkaz. Four people remain on the ship (tug) “Mercury”. None of the evacuated sailors needed medical attention.

It is also reported that as a result of the explosion, a hole of 5 to 12 meters in size was formed on the ship. The tanker banked to starboard, there was no oil spill.

Let us remind you that two explosions occurred on the Russian oil tanker General Hazi Aslanov in the Sea of ​​Azov after a fire. They managed to save 10 crew members. There were 13 people on board.

The causes of the explosion have not yet been clarified, and the competent authorities will have to establish them. 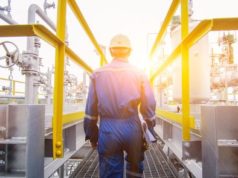 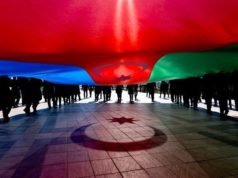 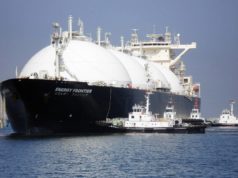