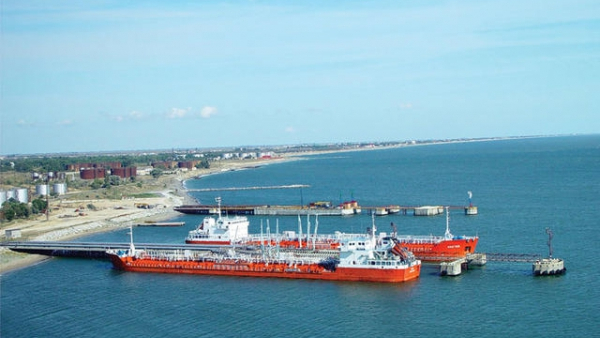 Deliberately targeting the civilian population of Azerbaijan, the armed forces of the Republic of Armenia continue to subject settlements and strategic objects to rocket attacks and heavy artillery shelling, in blatant violation of the norms and principles of international law, the Geneva Conventions of 1949 and its Additional Protocols, as well as the requirements of the humanitarian truce.

Thus, on October 18th at about 1 pm, using massively destructive warfare methods, the Armenian armed forces targeted non-military crude oil and condensate export pipelines in the Khizi district of the Republic of Azerbaijan.

The Armenian military units tried to launch rockets in the direction of Khizi district, located more than 300 kilometers away from the area of hostilities. As a result of neutralization by air defense forces of the Azerbaijani army, some of the explosive particles inside the rocket were scattered over 250 meters from the part of the Baku-Novorossiysk oil pipeline passing through Sitalchay village in Khizi district. The pipeline is of strategic importance in Azerbaijan-Russia’s economic cooperation.

As a result of this crime, the hostile country attempted to deliberately destroy a large amount of property belonging to infrastructure facilities, jeopardizing oil-exporting pipelines and high-capacity crude oil and condensate export pipelines, the destruction of which could cause significant material consequences.

In this regard, necessary investigative measures and proceedings are conducted by the prosecution authorities.