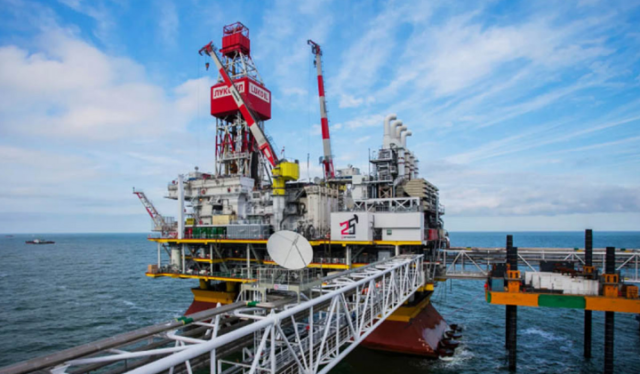 The second stage of drilling is aimed at maintaining the design level of production at the field at 6 million tons of oil per year. It is planned to build two wells and a sidetrack on an ice-resistant stationary platform (LSP-2), the   press service noted .

Lukoil has been conducting geological exploration in the Northern Caspian since 1995, deep drilling since 1999. 26 prospecting and appraisal wells were drilled within the company’s license areas. In total, Lukoil discovered 10 fields in the Caspian Sea with total recoverable C1 + C2 hydrocarbon reserves of 7 billion barrels of oil equivalent.

Six of them are large multi-layer deposits: im. V. Filanovsky, them. Yu. Korchagin, them. V.I.Graifer, Sarmatskoe, Khvalynskoe, 170 km. Recoverable reserves of the V. Filanovsky are estimated at 129 million tons of oil and 30 billion cubic meters of gas. Commissioned in autumn 2016.

Lukoil does not cut production on the shelf

“As for the production volumes, here we have not reduced it. Because here in the Astrakhan region we keep the level without restrictions. Basically, our projects were subjected to restrictions, which today are at the very bottom of the “comb” in terms of economic efficiency and because of the range of communications, in terms of efficiency, the Caspian projects are operating in full. And they are not affected by the OPEC + restrictions, ”he said.

“The pandemic has, of course, affected the schedule for the Greifer field. We made two schedules – one was conservative, and the other was ours, the so-called accelerated. Unfortunately, the accelerated schedule, which was proceeding normally, was already extended by three months due to the delivery time, ”Alekperov said.

“But we are keeping within the schedule that is under the project, that is, we hope that drilling will start along the Graifer at the end of 2021, as it was on schedule. I hope that for the 30th anniversary of the company we will already start drilling at a new unique field in the Caspian Sea, ”said the head of Lukoil.