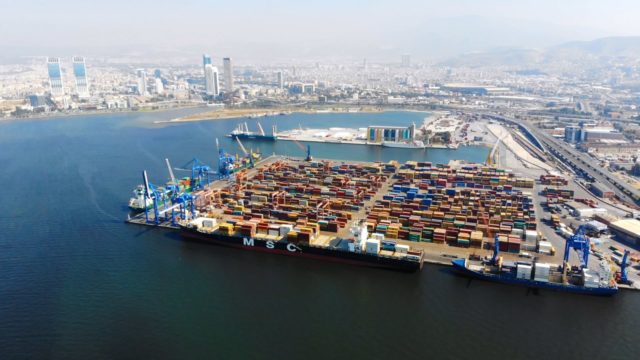 At a time when uncertainties such as trade wars, international protectionism measures, Brexit and the coronavirus pandemic negatively affect the global economy, strengthening economic and commercial cooperation in the Mediterranean basin will be in the common interest of all countries in the region, Turkey’s trade minister said, Trend reports citing Daily Sabah.

“It is of great importance for countries in the Mediterranean basin to diversify their opportunities for commercial cooperation with comprehensive models of economic integration and networks of preferential trade agreements,” Ruhsar Pekcan told the “Logistics and Trade in the Mediterranean: Assessing Post-Pandemic Conditions” forum organized on the sidelines of the Izmir International Fair.

The Mediterranean basin contains about 11% of the world’s population, accounts for 23% of the global economy and 35% of global trade with a total output of $20.4 trillion, Pekcan said.

The Mediterranean region is home to 87 ports of different sizes, she added, stressing that none of these ports are ranked among the 20 most busy in the world.

The strategic locations of Mediterranean ports contribute significantly to European and global trade as well as to global supply chains with their cargo quantities and logistics capacities.

“There is also a great potential for further development of this capacity,” Pekcan noted. “There is no reason why the logistics capacity in question should not come to a much more advanced level with the steps to be taken to facilitate trade with international trade associations. The Mediterranean basin is of great importance for Turkey both because we have important trade partners in this region and because the Mediterranean is the gateway to remote geographies for our country.”

Turkey’s trade volume with countries on the Mediterranean coast amounted to around $82.9 billion, the minister said. Mersin, Aliağa and Izmir ports are Turkey’s most active facilities in this region in terms of their load-carrying capacity.

“In 2019 alone, about 2.3 million containers were handled from these three ports. On the other hand, our ports such as Ambarlı, Kocaeli and Tekirdağ also contribute significantly to the commercial traffic of the Mediterranean,” Pekcan said.

She also said that ro-ro operations carried out from ports in the Aegean and Mediterranean to European and Middle Eastern countries have become indispensable elements of Turkish trade and that these lines serve as an alternative mode of transport and provide an important function in ensuring the sustainability of foreign trade.

During the COVID-19 pandemic, many ports in the Mediterranean region had restrictions on passenger transport, but most ports in the region continued to operate cargo operations and played an important role in the sustainability of the trade.