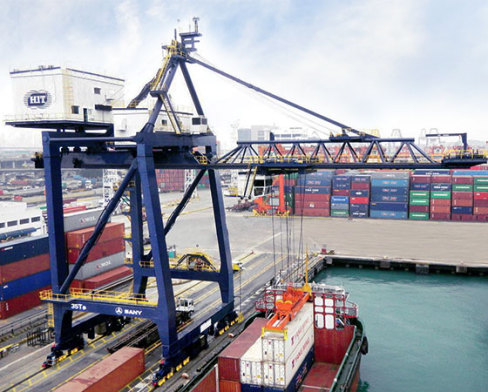 The United Shipbuilding Corporation (USC) proposes to create a container ship for operation in the Caspian Sea, Astrakhan may become the point of transshipment of containers, said the head of the USC Alexei Rakhmanov at a meeting with Russian President Vladimir Putin. RIA “Volga ” writes about it .

Earlier, USC announced the development of a catamaran for work in the Caspian Sea, capable of transporting over 150 trucks.

“… We have another very interesting decision regarding the Caspian Sea, I would like to focus on it. This is a container ship that can go practically from the northern port of Anzali in Iran and reach Helsinki in 17 days, ”Rakhmanov said.

“Astrakhan in this sense can become a base point for handling containers, and containerization today works very effectively for grain, for perishable fruits, if we take refrigerated sections. In the same way, tanks are inserted into containers in which you can carry sunflower oil, ”he added.

USC is the largest shipbuilding company in Russia, established in 2007 with 100% of shares in federal ownership. The holding includes about 40 enterprises and organizations of the industry. At present, most of the domestic shipbuilding complex has been consolidated on the basis of USC.