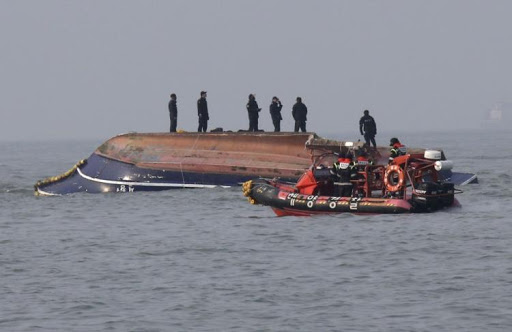 A boat that sank on Lake Van in eastern Turkey is believed to have been carrying 55-60 migrants; Turkish Interior Minister Süleyman Soylu said on July 1, adding that rescue teams have recovered six bodies so far.

Speaking to reporters in the eastern province of Van, the minister said that 11 people related to the incident had been detained, Report says citing Turkish media.

As many as 50 people may have been aboard the boat when it went down in stormy weather. The migrants are believed to be from Pakistan, Afghanistan, and Iran.

Soylu said that search and rescue operations are ongoing.

Turkey, which hosts about 3.7 million Syrian refugees, serves as the main crossing point for migrants trying to reach Europe.

This year, thousands of migrants arrived at Turkey’s border with Greece trying to cross illegally after Turkey opened its borders for those seeking to cross into Europe.