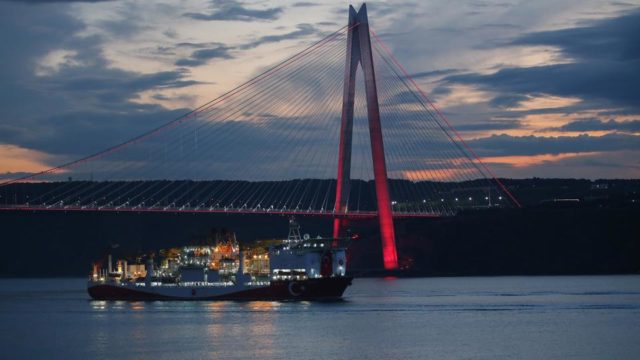 Speaking at the send-off ceremony, the minister said that Fatih’s 103-metre long towers were disassembled in Haydarpasa port to enable the vessel for a safe passage under the bridges through the Bosphorus and is projected to reach Trabzon in northeastern Turkey on June 1 to be reassembled.

“After completing nearly 1.5 months preparation period, Fatih will start its first drilling in Black Sea in the Tuna-1 location in mid-July,” Donmez said.

Turkey will continue to carry on offshore exploration studies which is vital for the country’s energy independence, he added.

“Yavuz continues its operations in Selcuklu-1 location in Mediterranean Sea, which marks the 7th deep drilling activity that is conducted in the area. Barbaros Hayrettin Pasa and Oruc Reis seismic vessels are also exploring our seas,” he said.

Turkey, as a guarantor nation for the Turkish Republic of North Cyprus (TRNC), currently carries out hydrocarbon exploration activities in the Eastern Mediterranean with its drilling vessel Yavuz along with two other seismic vessels, Oruc Reis and Barbaros Hayrettin Pasa, that are also operating in the region.

Turkey’s third drillship, Kanuni, arrived in Tasucu, Mersin, a coastal city in the Mediterranean region of the country on March 15.

Following the completion of renewal and upgrade studies, Kanuni is also projected to start operations in Mediterranean Sea this year, according to Donmez.

The country plans to conduct five drills in the Eastern Mediterranean this year, according to Turkey’s Annual Presidential Program for 2020.

“Our two seismic and two drilling vessels will continue to work in the Eastern Mediterranean at full capacity. With Fatih’s sail to Black Sea, we now bridged the most important gap,” the energy minister said. 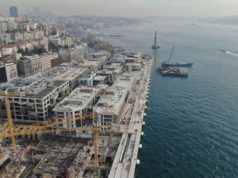 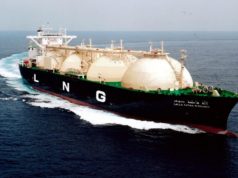