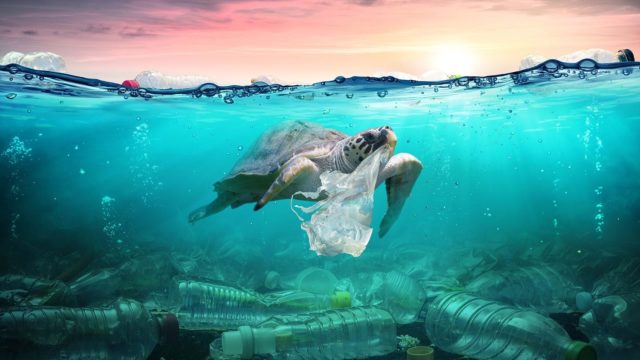 Hundreds of thousands of tonnes of mismanaged waste could be blowing ashore on the ocean breeze every year, according to scientists who have discovered microplastics in sea spray, The Guardian reports.

A study found tiny plastic fragments in sea spray, suggesting the sea is ejecting them in bubbles. The findings, published in the journal Plos One, cast doubt on the assumption that once in the ocean, plastic stays put, as well as on the widespread belief in the restorative power of sea breeze.

Plastic debris, such as plastic bags and bottles, breaks down into smaller microplastic in the sea, often invisible to the eye. The microplastics in the sea spray were between five micrometers and up to 140 micrometers long. The researchers estimated that up to 136,000 tons of microplastic could be blown onshore by sea spray every year.

Dr. Deonie Allen, the study’s co-research lead, said this was the result of “our mismanaged waste that comes from the terrestrial environment”.

She said the findings could help solve the mystery of where “missing” oceanic plastic goes after it leaks into the sea, a puzzle scientists have been trying to solve for years.

The researchers captured water droplets from sea spray at Mimizan beach in Aquitaine, on the south-west Atlantic coast of France in the Bay of Biscay, using a “cloud catcher” and filters, set up on top of a dune. They analyzed the water droplets for microplastics, sampling various wind directions and speeds, including a storm and sea fog. The sea fog generated by the surf produced the highest counts of 19 plastic particles per cubic meter of air.