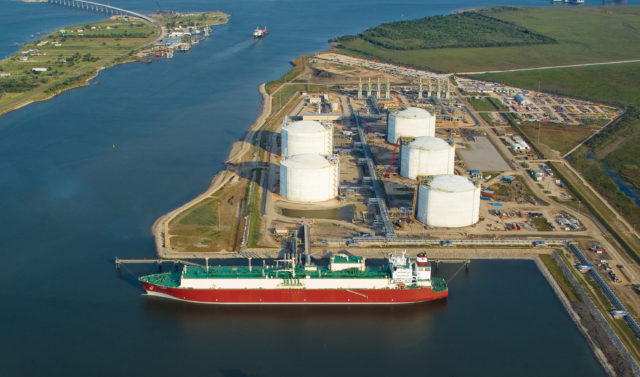 Royal Dutch Shell Plc pulled out of a major U.S. liquefied natural gas (LNG) export plant under development following the recent crash in energy prices, quickly followed by its partner, Energy Transfer LP, delaying its final decision on whether to go ahead with the project to next year.

The crash in oil and gas prices has caused major LNG exporters like Qatar and oil giant Exxon Mobil Corp, however, to put off gigantic new facilities or expansions of existing projects. U.S. gas prices have recently dropped to their lowest since 1995.

“It’s telling that (Shell) a major would walk away from a major outlet for long-term gas supply,” said Ira Joseph, head of global gas and power analytics at S&P Global Platts.

Analysts have anticipated that a number of the projects under development worldwide would not come to fruition.

“Whilst we continue to believe in the long-term viability and advantages of the project, the time is not right for Shell to invest,” Maarten Wetselaar, head of Shell’s integrated gas and new energies division, said in a statement.

Energy Transfer said it expected to make a final investment decision by early 2021 on whether to build the plant, a delay from its earlier timeline for a decision by late 2020. The company’s shares fell by 5% on Monday, while Shell rose 4%.

Shell said last week that it would cut spending by $5 billion to below $20 billion in 2020 and suspended its vast $25 billion share buyback plan in an effort to weather the oil price collapse.