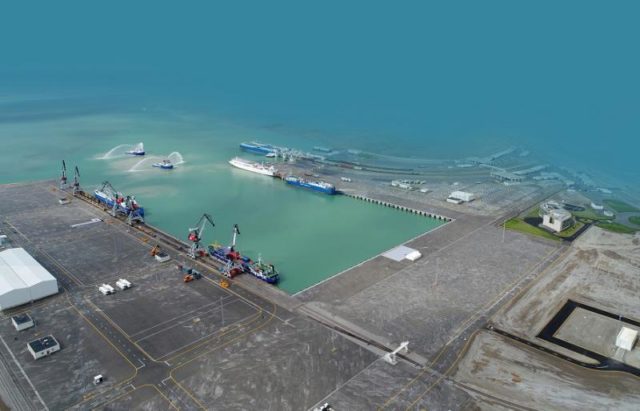 In 2019, the Port of Baku handled the highest number of containers and wheeled vehicles over the past 28 years. Thus, over the same period 35152 TEU containers were handled, which is a 53.6% increase compared to the previous year (in 2018 this figure was 22887 TEU). The number of containers coming from the People’s Republic of China increased by 111% to 5369 TEU (2547 TEU in 2018). The reason for the significant increase in container freight through the Trans-Caspian International Route (Middle Corridor) during this period of time is the launch of two container ships, Turkestan and Beket Ata, through the Kazakhstan-Azerbaijan route since April 2019.

The handling of wheeled vehicles, including TIRs, increased by 57.3% compared to 2018 and reached 33671 vehicles. Of these, 24970 (74.2%) moved in the direction of Baku-Turkmenbashi-Baku and 8701 (25.8%) in the direction of Baku-Kuryk-Baku. A significant increase in the handling of wheeled vehicles is due to the increased use of these routes by Turkish, Ukrainian and Turkmen TIRs.