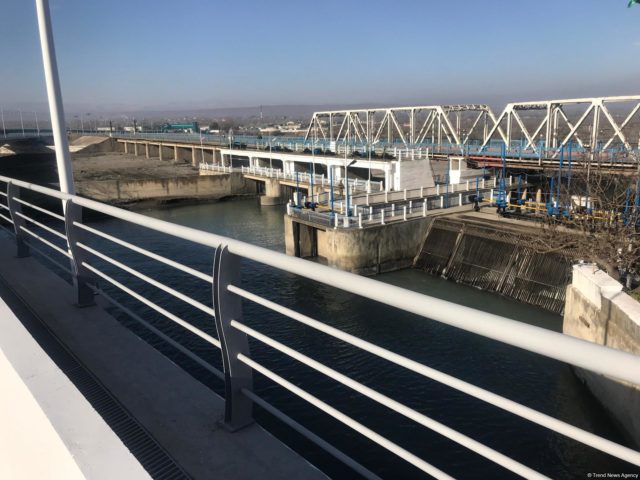 Opening of a road bridge built over the Samur river between Azerbaijan and Russia has been held, Trend reports Dec. 24.

The bridge was built through joint financing from Russia and Azerbaijan.

An intergovernmental agreement on the construction of a new bridge over the Samur river was signed Sept. 13, 2013.

The new bridge will replace the old one, which was built in 1957.

The length of the five-span bridge is 325.3 meters, the width is 17.3 meters. The bridge consists of two lanes. A 3.7 meters wide pedestrian lane was also built there.