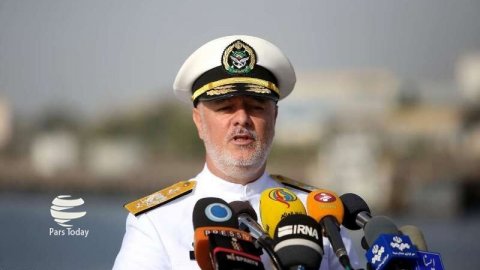 “A significant part of Navy HQ elements will be transferred [to Bandar Abbas] and the naval forces will be led with an increased focus … [The transfer] will increase the speed of operations and will allow the Navy to have more focus on waters”, Khanzadi said, as quoted by Iran’s Mehr news agency.
He added that this decision would benefit the whole Hormozgan province by increasing its social, economic and cultural influence.

IRGC Navy Chief Warns of ‘Bitter Fate’ for Those Who Breach Iran’s Borders Amid Standoff With US
Khanzadi further emphasised that the move was approved some years ago by Supreme Leader Ali Khamenei, and that the main reason behind it was to have closer proximity to operational zones.

Tensions between Iran and the United States have escalated over the last several months mostly due to a standoff over the 2015 nuclear deal — Washington unilaterally withdrew from the pact in May 2018, and Tehran began rolling back its nuclear commitments one year later.