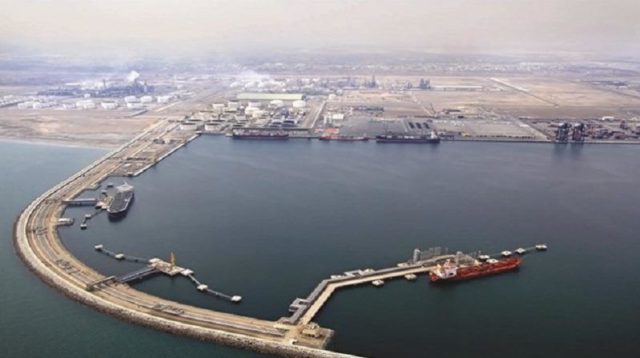 Kamali noted that the construction of the port is expected to be completed with funds worth 650 billion rials (about $15.4 million).

“There will be four platforms at this port and the distance from the shore to the platforms will be 744 meters,” Kamali said.

The deputy director noted that 5,000-ton ships will be able to moor at the port.

Bandar Khamir district of Iran’s Hormozgan province has a population of 56,000 people. The commissioning of the port will provide 370 people with jobs, Kamali added.

With the commissioning of the Khamir port, Iran’s mining and industrial output is expected to increase.